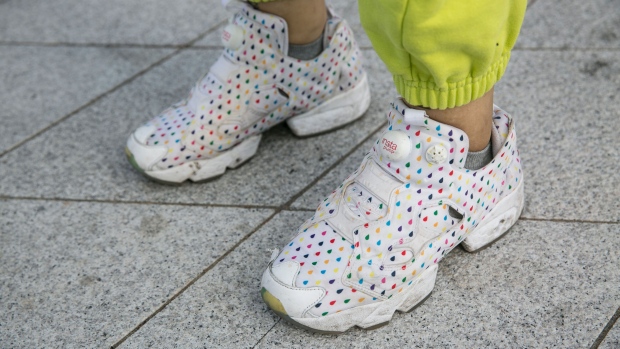 Will Dad sneakers be enough to save Reebok?

Bloomberg News has reported that Germany’s Adidas AG is exploring a sale of the shoe brand, which could be worth between about 1.5 billion euros (US$1.8 billion) and 2.5 billion euros. Private equity groups Permira and Triton are circling the division, the Financial Times reported on Sunday.

There was no word from Adidas on whether it would offload a unit it has been trying to revive for years. But it did caution on overall fourth-quarter sales and profit, as current trading is being impacted by new lockdown measures in Europe.

Admitting defeat on Reebok would be a rare strategic misstep for chief executive officer Kasper Rorsted, who has presided over a near doubling of the company’s share price since taking the helm in October 2016.

When Adidas agreed to buy Reebok for US$3.8 billion in 2005, it was a way to conquer the U.S. sportswear market and challenge Nike Inc. The company brought with it licensing deals, including one with the National Basketball Association, which transferred to Adidas until it was taken over by Nike in 2017.

While Adidas has made significant inroads into the U.S. through the popularity of its core brand, Reebok’s rebirth of cool never materialized.

A few years ago, Reebok Classics looked set to become a fashion favorite, as the trend for ugly or so-called Dad sneakers took hold. Despite collaborations with Russian menswear designer Gosha Rubchinskiy and fashion house Vetements, the shoes failed to gain a widespread millennial following. Competitors, such as Kering SA’s Balenciaga, harnessed this look more effectively.

So Adidas instead sought to position Reebok as a fitness and athleisure label, having a relationship with CrossFit until earlier this year. Rorsted insisted on Tuesday that developing Reebok as a lifestyle brand was the right strategy. Until this year, it had returned to sales growth and profitability.

But Adidas’s biggest strengths in recent years have been in the more fashion-focused labels, such as Adidas Originals, its Yeezy collaboration with Kanye West and most recently its Ivy Park tie-up with Beyonce. Not building on this advantage looks like a lost opportunity.

Selling Reebok makes some sense. The retro logo-heavy look is probably past its prime, and standing out against rivals such as Fila and big luxury streetwear lines would require significant innovation and investment. A sale would also raise funds for the core Adidas business, which is competing with Nike Inc. in the U.S. and China. The company could use the proceeds to invest in sportswear and e-commerce, both of which have been boosted by the pandemic, as well as develop its fashion franchises.

One risk is that a world reeling from the virus may not be the best backdrop for a sale. Another is that in offloading Reebok, Adidas hands a name that has not yet lived up to its potential to a competitor which manages to successfully unleash it. A private equity group or a rival — such as VF Corp., which on Monday agreed to buy streetwear brand Supreme for US$2.1 billion — could turbocharge Reebok. Their strategies could include appointing a star designer and trawling the brand’s archive for key pieces to update.

In March, Rorsted will set out his strategic vision for Adidas through 2025. If he does want to rid himself of Reebok, those Dad sneakers may be looking for a new home.