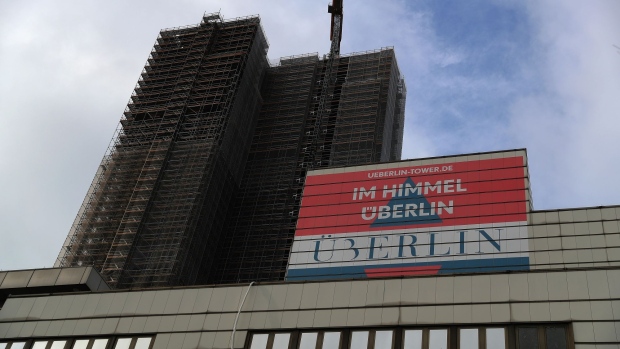 The Adler Group SA Uberlin luxury apartment construction site in Berlin, Germany, on Tuesday, Nov. 2, 2021. A major landlord in Germany, Adler has aggressively sold assets to help prop up its balance sheet, putting about 40% of the company’s portfolio on the block. , Bloomberg

Adler Group SA, the embattled German landlord, has postponed the publication of its financial results due to an ongoing investigation into allegations made by a short seller. The shares plunged to the lowest on record.

Adler’s auditors informed the company that “due to the ongoing forensic special investigation on the allegations made by Viceroy Research Report, which should be completed prior to the issuance of an audit opinion, that it is highly unlikely” an audit can be completed on time, the company said in a statement Friday. “Adler Group S.A. will inform the market of a new timeline as soon as possible.”

The company appointed KPMG to conduct a special investigation after short-seller Fraser Perring’s Viceroy Research published a report accusing the landlord of being built on systemic fraud. Adler and its backers including Austrian entrepreneur Cevdet Caner deny the allegations.

Adler was due publish its annual report at the end of March and had said it would publish the findings of the investigation in the first quarter of this year.

The company plunged as much as 23% to the lowest on record. Adler’s bonds fell in the secondary market on Friday following the news. It’s 800 million euro bond due to mature in 2029 fell around 4 cents on the euro to 78 cents, making it one of the worst performing bonds in Europe’s high-yield index.