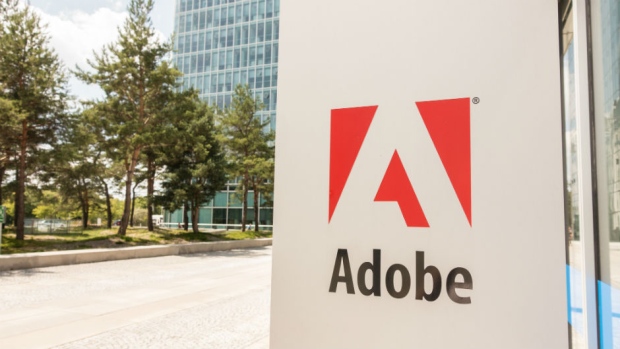 Adobe Systems Inc., the maker of popular digital design programs for creatives, is planning to launch the full version of its Photoshop app for Apple Inc.’s iPad as part of a new strategy to make its products compatible across multiple devices and boost subscription sales.

The software developer is planning to unveil the new app at its annual MAX creative conference in October, according to people with knowledge of the plan. The app is slated to hit the market in 2019, said the people, who asked not to be identified discussing private product plans. Engineering delays could still alter that timeline.

San Jose, California-based Adobe has been on a multiyear journey to modernize its dominant creative media software. The company shifted all of its apps to the cloud in 2012, launching a new subscription-based business model that’s on track to more than double sales through the end of this fiscal year and sent the stock soaring more than 700 per cent. Recently, Adobe has also begun pitching its products to hobbyists, who prefer working on mobile devices rather than PCs. Still, the company has yet to transition full versions of its best-known apps to smaller screens.

Adobe’s chief product officer of Creative Cloud Scott Belsky confirmed the company was working on a new cross-platform iteration of Photoshop and other applications, but declined to specify the timing of their launches.

“My aspiration is to get these on the market as soon as possible,” Belsky said in an interview. “There’s a lot required to take a product as sophisticated and powerful as Photoshop and make that work on a modern device like the iPad. We need to bring our products into this cloud-first collaborative era.”

Adobe’s main suite of media-editing products is known as Creative Cloud -- a subscription service that gives users access to apps including Photoshop, Premiere and Illustrator on Mac and Windows computers, and companion mobile apps such as Photoshop Mix on the iPhone and iPad. The current Creative Cloud apps are based on aging architectures with different underpinnings for each device.

The new versions of the apps will allow users to run full versions of the programs on Apple’s iPad and continue edits on different devices, the people said. The moves are similar to ones Microsoft Corp. has made as part of its software and services-focused turnaround in recent years.

Adobe’s customers, particularly in media and entertainment, are increasingly working on tablets rather than desktop computers, and have asked the company for the capability to make “edits on the fly” to their creative projects, Belsky said.

The app evolution strategy is a long-term effort that will spread to Adobe’s other programs in the future. A new version of Illustrator is in development but a longer way off from being released, the people familiar with the plans said.

Adobe’s mission is twofold -- to satisfy the professionals who rely on its software for photo editing and illustration, and to capture casual users. The new tools will have mobile-friendly interfaces more familiar to these audiences, rather than being replicas of the existing desktop versions. The app won’t immediately be a replacement for Photoshop, which has been around since 1990, but will be offered alongside it, people familiar with the project said.

Adobe has dropped hints it was headed in this direction. It recently previewed Project Rush, a light video editing app that works on iPads and computers. Rush is a “test bed” for the new platform, a person familiar with Adobe’s software development said. It also has launched the Lightroom CC app for iPads and iPhones.

Running Photoshop and other professional Adobe apps on the iPad would be an endorsement for the device, which first went on sale about eight years ago. Because Microsoft’s Surface tablets are compatible with the full Windows operating system, they’ve been able to run Photoshop for years. The iPad runs Apple’s iOS operating system, so it has never been able to run macOS versions of Photoshop. Adobe’s Creative Suite had become a key advantage for the Surface -- one that will soon disappear, potentially putting a dent in its market.

Apple co-founder Steve Jobs presented the iPad with a vision that it could ultimately replace laptop computers for many people. But over the past few years, iPad sales growth has slowed. Recently released Pro models have re-ignited interest in the category, and a combination of the new hardware and professional software could help Apple further achieve that initial goal.

Adobe’s plan to place the iPad at the center of its new cross-platform strategy is another signal the Cupertino, California-based hardware giant and the software maker are past a once-contentious relationship. Although Apple had been an investor in Adobe, Jobs in 2010 criticized Adobe’s Flash player for video and games on the internet, saying it hurt device battery life, privacy and security. In recent years, Adobe has been a fixture at Apple product announcements, continuously being used as an example of software that takes advantage of new Apple devices.

Photoshop features decades of coding overlays that have bolstered its capabilities, but most mobile devices haven’t been robust enough to run the program. Newer versions of the iPad Pro are now powerful enough to support Adobe’s apps, Belsky said.

A Photoshop iPad app would immediately hurt a slew of mobile apps that have sought to fill the void, including Pixelmator, Affinity and Enlight Photofox.