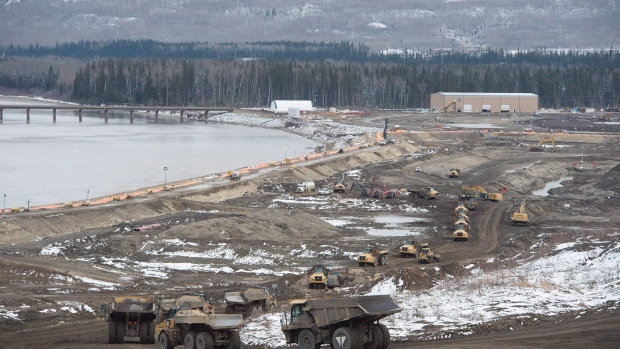 TORONTO -- A partnership led by Aecon Group Inc. (ARE.TO) has been chosen as the preferred proponent by BC Hydro for a Site C generating station and spillways civil works contract.

The work is expected to include civil works associated with the powerhouse, penstocks, spillways and power intakes, plus related ancillary construction work, the company says.

The full contract award is expected to take place early next year, with work to begin in the spring.

The B.C. NDP government announced last week that it would complete the controversial hydroelectric dam rather than cancel the project.

The province's independent energy regulator concluded in a report last month that the dam is over budget and behind schedule.