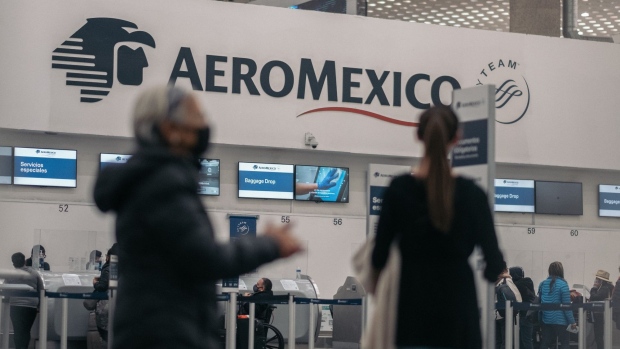 Aeromexico signage at Benito Juarez International Airport (MEX) in Mexico City, Mexico, on Monday, Jan. 10, 2022. Travelers at Mexico City’s airport on Friday had to withstand lines that stretched far outside the hub’s doors and onto the sidewalk just to drop off their bags as airlines were hit with staffing shortages due to Covid-19. Photographer: Jeoffrey Guillemard/Bloomberg , Bloomberg

After a day and a half of hearings, Aeromexico announced it had reached an agreement with the final objectors to the plan. The judge commended all involved in the case for working together to help the airline emerge from bankruptcy.