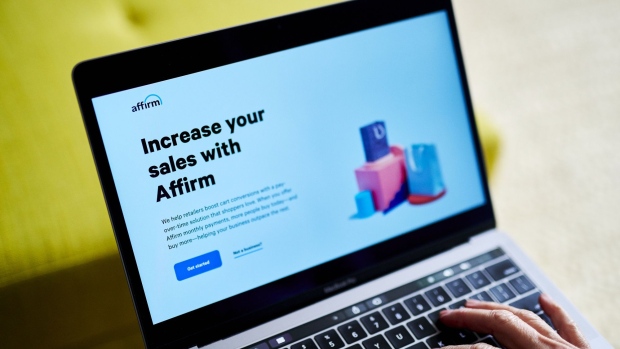 (Bloomberg) -- Affirm Holdings Inc., which provides installment loans to online shoppers, increased the price range for its initial public offering, seeking to raise as much as $1.1 billion when it goes public this week.

The San Francisco-based company said in an updated filing Monday that it plans to sell 24.6 million shares for $41 to $44 apiece, up from a previous price range of $33 to $38 each.

At $44 per share, the top end of the revised range, Affirm will have a market capitalization of $10.7 billion, based on the number of shares outstanding listed in its filing. Its fully diluted value could be as much as $13 billion, including options and restricted stock units.

The company expects to make its trading debut on Jan. 13. The offering is being led by Morgan Stanley, Goldman Sachs Group Inc. and Allen & Co. Affirm plans to list its shares on the Nasdaq Global Select Market under the symbol AFRM.