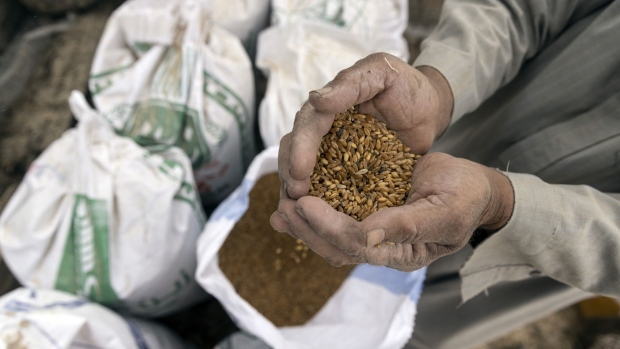 (Bloomberg) -- Farmers in Africa will need as much as $65 billion in loans annually to produce enough food to curb imports and cushion their economies from external shocks.

The continent imports over 100 million metric tons of cereals at an annual cost of $75 billion, the African Development Bank said in a statement. Recent spikes in inflation, including increases in food prices following Russia’s invasion of Ukraine, further demonstrate Africa’s over-reliance on imports of food staples and agricultural inputs, it said.

“A major obstacle to the development of private actors is the lack of credit financing,” the Abidjan-based lender said. Several studies put the figure on the order of between $27 billion to $65 billion a year, the AfDB said.

Russia’s invasion of Ukraine triggered a shortage of at least 30 million ton of food across Africa, especially wheat, maize, and soybeans, it said. The war sent wheat prices soaring by more than 40% in some countries while fertilizer costs in most African nations jumped three to four times from 2020 levels, resulting in a 2 million-ton supply gap.

Africa’s food and agriculture market could increase from $280 billion a year to $1 trillion by 2030, the lender said. Achieving this target will require significant new investments and the removal of barriers to agricultural development, it said.

The continent’s farmers struggle to access private financing largely because of the perceived risks of investing in farming. The AfDB has begun deploying so-called risk reduction tools, such as commercial credit guarantees to ease lending requirements to African farmers and agribusiness.

The goal is to “move from traditional subsistence agriculture to a modern and competitive African agro-industrial sector that can feed the entire African continent,” AfDB said.