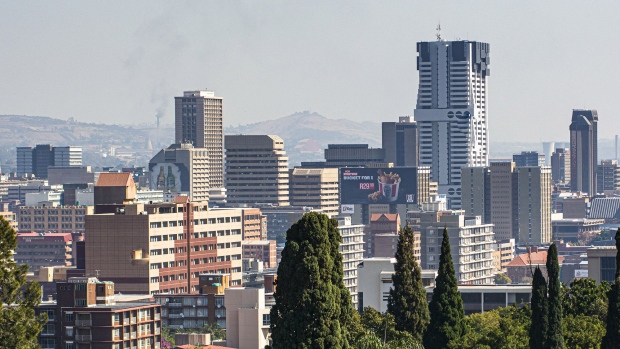 Africa’s biggest fund manager is looking for new business as it seeks to recover from a judicial inquiry that exposed lapses in governance and political interference in investment decisions, its new chief executive officer said.

The inquiry earlier this year recommended sweeping changes to laws that govern the Pretoria-based Public Investment Corp., which oversees 1.91 trillion rand ($124 billion) in assets. That inquiry also highlighted the company’s almost total reliance on the Government Employees Pension Fund, which accounts for 86% of its funds under management and oversees the retirement savings of more than a million civil servants.

The desire to look for new clients is the first indication of the strategy that the CEO, former GEPF head Abel Sithole, will follow. While the PIC is only allowed to manage funds deposited by public sector clients, it doesn’t manage the pension funds of all governmental groups, such as municipal employees. In addition to the GEPF it counts the state unemployment fund, and a workers’ compensation fund among its customers.

“If you look at the PIC act, it says it was established to invest on behalf of public entities,” he told reporters on Friday, without specifying which potential new clients the PIC may target.

The money manager has worked through or made “significant progress” on two-thirds of the 308 recommendations made by the inquiry.

The PIC has appointed an independent advisory panel to advise the board on whether processes used by management are adequate. It has also appointed new chief operating and risk officers, is planning to soon appoint a chief technology officer and is seeking a chief investment officer. Previously the CIO and CEO roles were combined.

The position of CIO is “not an easy role to fill because we have to compete with private sector asset managers who can pay better,” Sitole said. A number of the fund manager’s executives were suspended and some were fired.

A forensic investigation into the conduct of former CEO Daniel Matjila, who is fighting the probe findings in court, hasn’t yet started. Of the 308 recommendations, about a third involve management “and we can’t investigate ourselves,” Sithole said. “We had to wait for the establishment of the advisory panel.”

The PIC has spent a lot of time with the GEPF and its other clients “to rebuild the relationship and trust that may have been dented,” he said.

“It will take time for these historical things to work themselves out of the system and we are working very hard to do that,” said Sithole. “We can’t do anything unless our clients continue to trust us with their assets.”