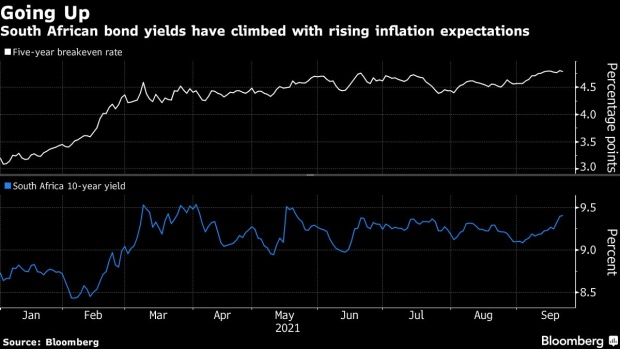 (Bloomberg) -- The worst-performing government debt in Africa is facing another headwind: a South African inflation spike. Consumer prices climbed 4.9% in August from a year earlier, the first increase in three months, data may show on Wednesday, according to the median of 16 economists in a Bloomberg survey. The bonds of Africa’s most-industrialized economy have dropped 2.3% in dollar terms this quarter amid a record selloff by foreign investors, the only losers among peers in Africa and the Middle East, according to a Bloomberg Emerging Market Local Currency Index.