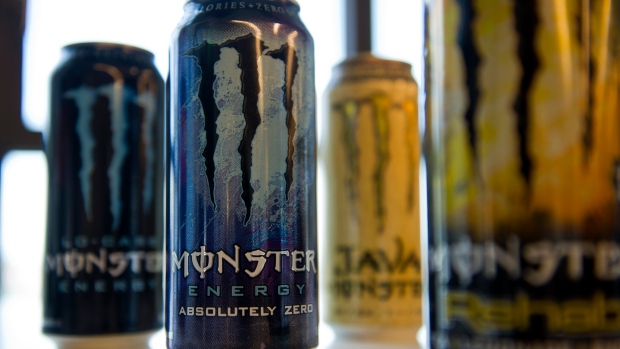 Who’s the biggest winner in the stock market this century? Amazon maybe? Or perhaps Apple? Up 2,300 per cent and 5,300 since January 2000, respectively, they’re both good guesses.

It turns out, though, that they’re not even close to the actual No. 1 stock in that period -- Monster Beverage (MNST.O). That’s right, the energy-drink company with the black and neon green label has dominated all other stocks in the index, returning almost 60,000 per cent over the period.

It’s a historic rally by nearly any measure, one that was fueled by Monster growing earnings in every year since 2008, and annual revenue growth that hasn’t dipped below 9 per cent since 2001.

“Energy drinks are the carbonated soft drinks of this generation, and Monster has consistently been able to expand its product lines with great success,” said Caroline Levy, an analyst at Macquarie Capital.

But now it’s running into serious headwinds -- the stock dropped about 18 per cent in the past few weeks -- as new competitors enter the US$50 billion energy-drink market. Amazon.com is selling a private-label energy drink and Coca-Cola (KO.N) is launching Coca-Cola Energy in Europe. 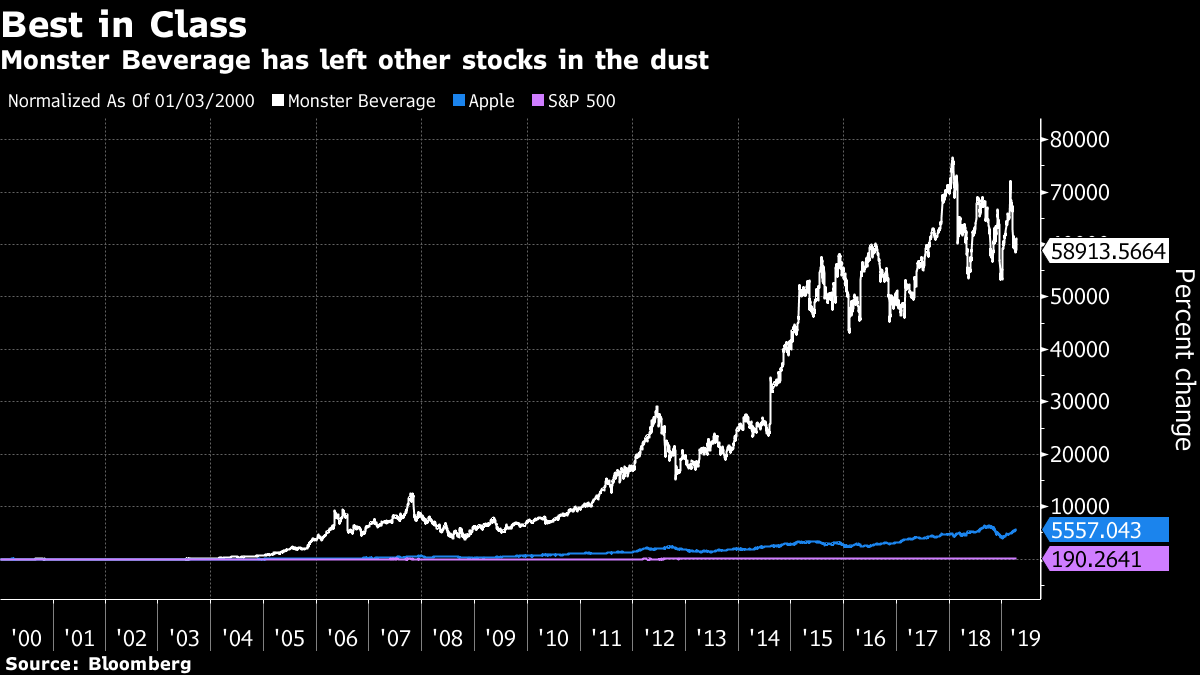 The Coca-Cola product is seen as particularly notable. The company owns nearly 19 per cent of Monster, according to Bloomberg data, making it by far the largest stakeholder. It also distributes Monster products, and analysts have long speculated that the Dow component would buy Monster outright, which has a market capitalization of nearly US$30 billion. But the energy launch was seen as a step away from that, particularly as it came after Coke spent US$5.1 billion buying the Costa coffee chain in August.

“I think the opportunity has passed, that Coke won’t buy them now,” said Kenneth Shea, an analyst at Bloomberg Intelligence. “Monster hit a home run when it signed Coke as a distributor, but there’s a real risk that Coke’s energy line disrupts a really strong partnership, and that it slows Monster internationally.”

While Amazon and Coca-Cola are dominant in their industries, the biggest competitive threat could be from Bang, an energy drink from Vital Pharma whose recent growth is widely seen as coming at the expense of Monster.

Monster Beverage had a market share of 35.4 per cent in the energy-drink category in March, down 3.5 percentage points from the prior year, according to all-channel IRI data. The company share for Red Bull dropped less than a percentage point, to 38.2 per cent. Vital Pharma’s share, meanwhile, jumped from just over 1 per cent to 8.3 per cent.

Bang’s “surge in growth is from a small base, but it had to come out of something, and it looks like it came out of Monster,” Shea said.

Monster recently announced a new drink line, Reign, designed to compete with Bang, and so far analysts are divided on its potential. Some firms have affirmed their bullishness, including RBC and Credit Suisse, which recently named the company a top pick.

It might even get a boost from Tiger Woods’s Masters victory Sunday. Monster has been branding his bag since 2016. Shares of Monster rose as much as 0.8 per cent in early trading on Monday, putting it on track to snap a two-day decline.

But in early March, Citi removed Monster from its focus list, seeing “less room for upside” at current valuations; on Thursday, analyst Wendy Nicholson cut her price target to US$66 from US$74, expecting competition “to remain stiff in the near term.” The move followed Morgan Stanley, which cut its own target last month. Wells Fargo’s Bonnie Herzog wrote Friday that a survey of beverage retailer sentiment shows “massive declines” in Monster since November.

Monster shares last hit record levels in January 2018, and remain more than 20 per cent below that. For now, though, it retains bragging rights for the 21st Century.