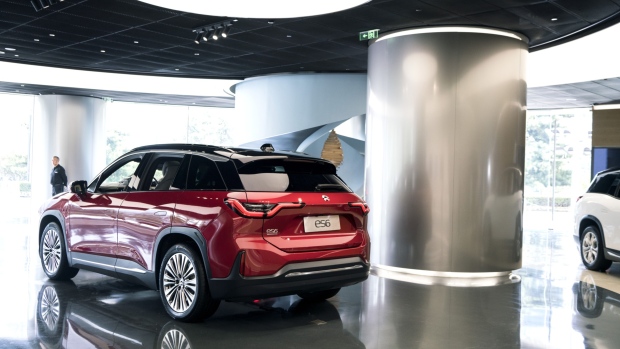 It took Tesla Inc. (TSLA:UN) about 15 years to rack up US$5 billion in losses. The company known as China’s Tesla did it in four.

The bleeding continues. Shanghai-based NIO Inc. is poised to report Tuesday that it lost another 2.6 billion yuan (US$369 million) — around US$4 million a day — during the second quarter, according to the average of two analyst estimates. That would bring accumulated losses at the company, which is backed by technology giant Tencent Holdings Ltd., to about US$5.7 billion since William Li founded the carmaker in 2014. 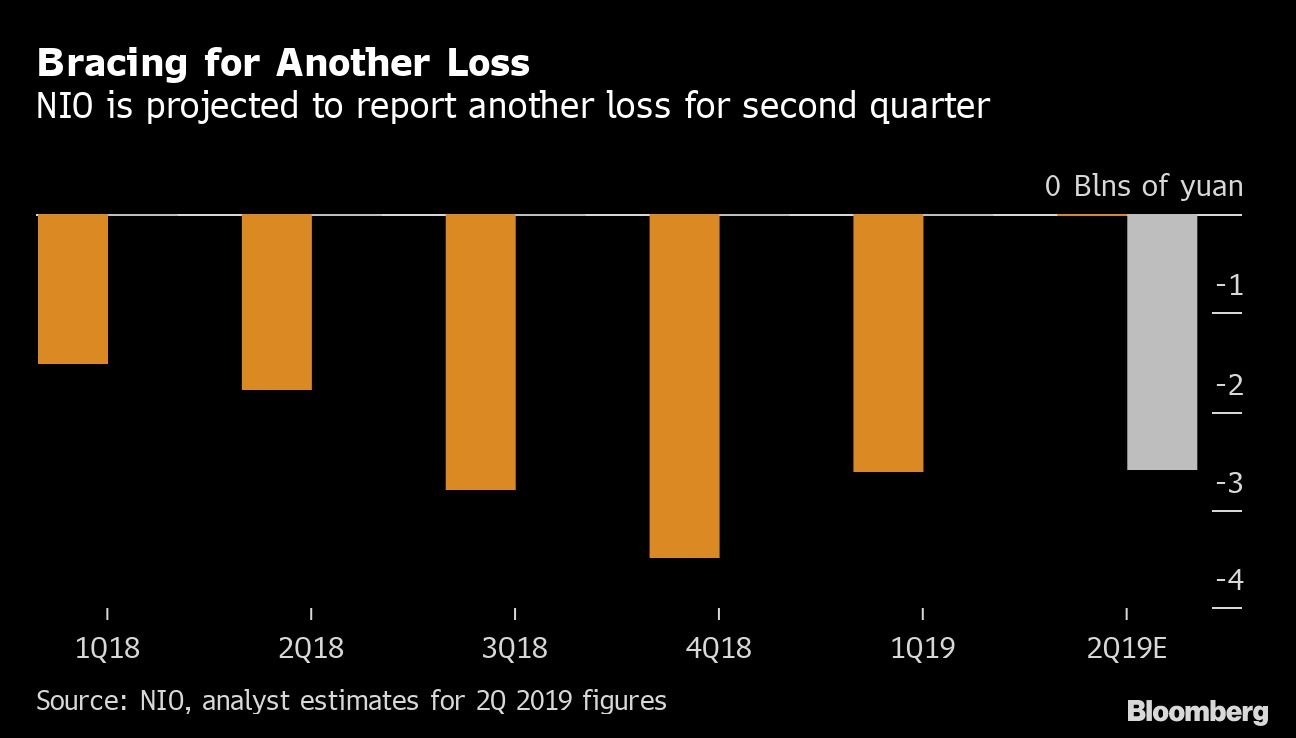 Cost overruns, weak sales, and major recalls have led NIO to plunge 74 per cent since its market value hit a record US$11.9 billion about a year ago. More broadly, the company’s reversal of fortune illustrates why concerns are mounting that China created an electric-vehicle bubble that may be about to burst.

“This year and the next, there’s going to be a lot of card-shuffling for these EV startups,” said Siyi Mi, an analyst at BloombergNEF. “Before, venture capital chased after them, but it’s not the case any more.”

Total EV sales in China, where half of the world’s electric cars are sold, fell for the first time in July after the government scaled back subsidies. Deliveries dropped again in August, raising doubts that one of the final pillars of strength in China’s broader auto market, which has fallen 14 out of the past 15 months, is wavering.

China has gradually scaled back subsidies for new-energy vehicles — all-electric, fuel-celled autos and plugin hybrids — since 2017 to help the industry stand on its own two feet and avoid a bubble. That’s undermined growth, prompting the likes of top Chinese electric-carmaker BYD Co. to warn recently that earnings will wane.

At NIO, pressure is building for it to raise more funds. The carmaker is seeking to reduce its workforce by 14 per cent to 7,500 by the end of the month, according to the company. Incidents involving batteries catching fire or spewing smoke forced NIO to recall about 4,800 vehicles -- more than 20 per cent of all the cars it’s ever sold. Second-quarter deliveries dropped from the preceding three-month period.

The company also scrapped plans for a manufacturing plant in Shanghai after the government opted to provide financial support to Tesla. Instead, NIO farms out production of its ES6 and ES8 cars to Anhui Jianghuai Automobile Group Co.

And even though Tencent and Li each plowed US$100 million into NIO this month, the capital-intensive nature of the automobile industry means that “this much money won’t last long,” said Bill Russo, founder and CEO at Automobility Ltd., a Shanghai-based auto advisory firm.

Li has played down his company’s challenges, saying in an interview in June that NIO’s stock rout was “no big deal” and that investors needed to understand that making new cars costs money.

But money is in short supply for the carmaker, which is now counting on receiving as much as 10 billion yuan in funding from an investment firm backed by the Beijing city government.

Another looming challenge for NIO is Tesla, which plans to start production in China later this year, allowing the U.S. company to cut prices of its vehicles sold in the country.

“NIO didn’t position itself in the right place,” said Yale Zhang, founder and CEO of AutoForesight. “I’m not optimistic about its future in the long run.”