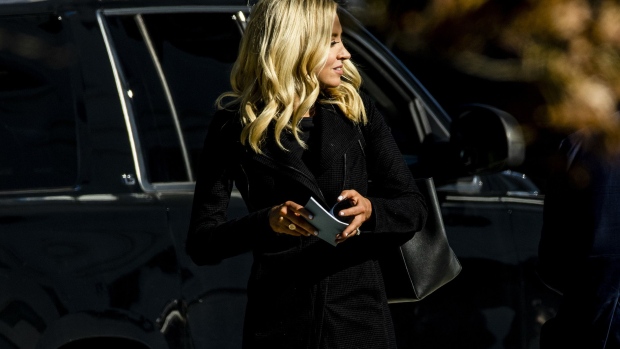 (Bloomberg) -- Donald Trump set off for a campaign swing to the Midwest and West with his largest contingent of advisers since a coronavirus outbreak swept through the White House -- including key aides who fell ill with the virus themselves.

Trump held rallies in Michigan and Wisconsin Saturday and planned to travel on to Las Vegas ahead of a rally in Carson City, Nevada, on Sunday and events in Arizona on Monday.

Trump has held daily rallies since Monday, which was 11 days after he tested positive for the virus himself and was later admitted to Walter Reed National Military Medical Center for treatment.

He continues to pledge that America is “rounding the corner” on the pandemic, despite caseloads rising nationally again. Cases in the U.S. have topped 8 million, and deaths are over 219,000.

Wisconsin is currently a Covid-19 hotspot, and the seven-day average of new confirmed cases in the state has risen over 3,000 for the first time. Trump still held a rally there Saturday night with hundreds of people packed close together.