Air Canada is facing competition for its bid to buy Aimia Inc.’s Aeroplan loyalty program as the deadline to accept the offer is set to expire.

The Aeroplan parent confirmed Thursday it’s engaged in discussions with Oneworld airline alliance, whose members include American Airlines, British Airways and Cathay Pacific, after the Globe and Mail first reported on the talks late Wednesday.

Oneworld also confirmed the talks, telling BNN Bloomberg they are at "an early stage."

"Oneworld has offered to explore ways of working with Aeroplan through a commercial partnership that would enable Aeroplan members to earn and redeem rewards on designated oneworld member airlines’ flights from 1 July 2020, when Aeroplan’s current relationship with Air Canada ends," a spokesperson for Oneworld said in an emailed statement to BNN Bloomberg Thursday.

“It’s really not too much of a surprise,” Andrew Pyle, senior wealth advisor and portfolio manager at Scotia Wealth Management’s Pyle Group, told BNN Bloomberg in an interview Thursday. “If you put yourself in Aimia’s shoes, you’ve got to get something put together by 2020.  2020 is not too far away right now.”

Late last month Air Canada and three financial firms – Toronto-Dominion Bank, Canadian Imperial Bank of Commerce, and Visa Canada Corp. – proposed to acquire the Aeroplan loyalty program from Aimia for $250 million in cash. The proposal also included the assumption of about $2 billion worth of points obligations. The group requested Montreal-based Aimia respond to its proposal by Aug. 2 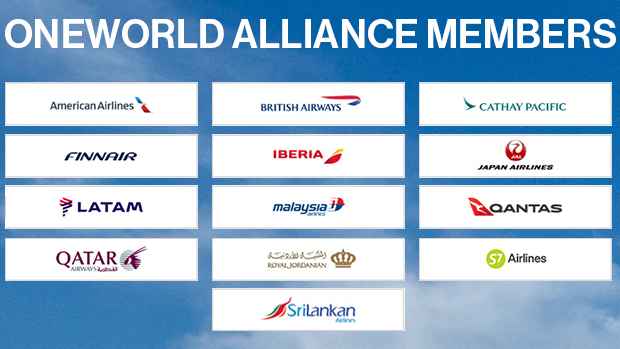 Air Canada said last year it would will withdraw from Aimia’s Aeroplan program and start its own rewards plan in 2020.

“This is a company that needs a deal,” Pyle said. “So it’s not surprising that they are talking to partners. This would be a very good partnership for them – but I think it’s going to take people by surprise because we’ve all seen [Aimia and Air Canada] as always being married.”

Air Canada isn’t ignoring competition to its bid, indicating on its website it caught wind of “other proposed transactions."

Pyle said the competing bid puts pressure on Air Canada “to put this deal to bed,” adding that he expects the airline giant will sweeten its offer in order to do just that.

“It would be a shock if we didn’t see something as a result of this come to the forefront,” Pyle said.