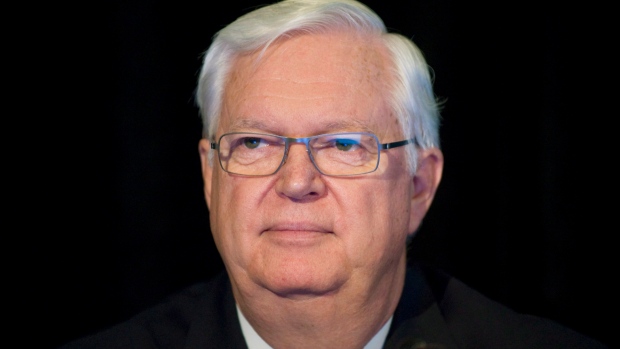 MONTREAL -- The operator of the Aeroplan loyalty rewards program still faces the prospect of a shareholder revolt after a U.S. investor vowed to vote against the existing board of director nominees at this month's annual meeting.

The airline served notice last year that it does not plan to renew its 30-plus year partnership when the current contract ends in 2020.

"My view is that these people should be fired immediately," fund manager Aron English said in an interview Friday.

The fund said it owns about 4.3 million shares or about three per cent of Montreal-based Aimia.

English said he's heard from other shareholders who are equally outraged with the board, signalling there's a "good chance" they'll win the battle over directors.

"This board has driven the share price down 80 per cent in less than a year so yeah I would say that people are pretty unhappy," he said.

English threatened to take undisclosed action if board members who receive less than half of votes cast refuse to honour the company policy to resign.

After meeting with the company several times, he said he's had enough.

"They've given it their best shot, they failed and it's time for somebody else who actually owns equity in the company and is aligned with shareholders to have a shot here."

Aimia said it strongly disagrees with the views expressed by 22NW.

"The board and management remains focused on the execution of the company's strategic plan and the three clear priorities set out in the company's disclosure in early 2017," spokeswoman Christa Poole wrote in an email.

She said the election of this year's three new nominees would result in more than half the board having changed over the last three years.

"Core to that process is balancing the need for knowledge of and expertise in the current business with new perspectives."

Aimia averted a battle with its largest shareholder after reaching an agreement with Mittleman Brothers Investment Management, which owns nearly 15 per cent of Aimia.

As part of the deal, Rabe and the chief executive for Mittleman Brothers LLC were nominated to the board and signed a standstill agreement.

English called that a good first step, but not sufficient to satisfy his concerns.

Mittleman has agreed that until July 1, 2019 it won't take any actions against Aimia, including soliciting proxies, voting any shares, calling a special meeting, proposing the removal of board members, engaging in short selling or making disparaging comments about the company.