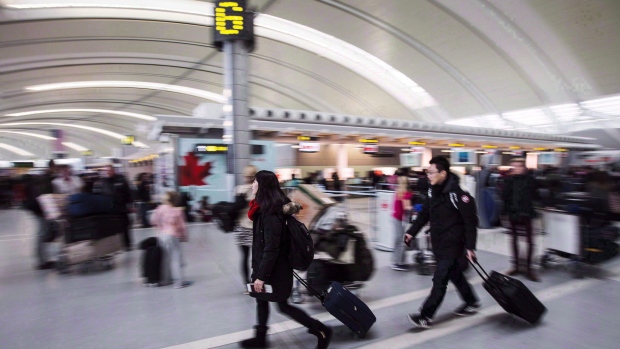 MONTREAL -- Air Canada says it has resolved a computer issue that disrupted web and mobile check-ins and call centre operations, and temporarily delayed boarding on some flights.

Air Canada says in an email that it has fixed the computer issue, and that airport check-in and all remaining systems are now back online.

The airline also says it can confirm there were no flight cancellations as a result of this, though there were some minor delays associated.

Air Canada did not provide details on how many airports were affected but Toronto Pearson International Airport has not reported disruptions.