Air Canada fell as much as 1.5 per cent on Monday after the stock was unexpectedly left out of a reshuffle of the S&P/TSX 60 Index and Kirkland Lake Gold Inc. added instead.

Kirkland Lake rose 2.8 per cent at 9:50 a.m. in Toronto after the announcement late Friday; Husky Energy Inc. was removed in the changes. S&P Dow Jones is still set to announce the changes for the TSX composite on Sept. 13.

The index changes -- important in the age of passive investing since they drive the composition of exchange traded funds -- may turn out to be the biggest news in what’s expected to be a relatively quiet week. Expect CannTrust Holdings Inc. to be among those ejected from the composite index after it fell beneath its listing price of $2.50.

Kirkland Lake has soared 80 per cent this year amid gold’s safe-haven rally and is up 675 per cent over three years.

Air Canada had climbed more than 300 per cent since 2016 and is the best-performing stock in the Bloomberg World Airlines Index this year. The carrier’s performance has been boosted this year by its planned acquisition of tour operator Transat AT, which will accelerate its global presence in the leisure industry. 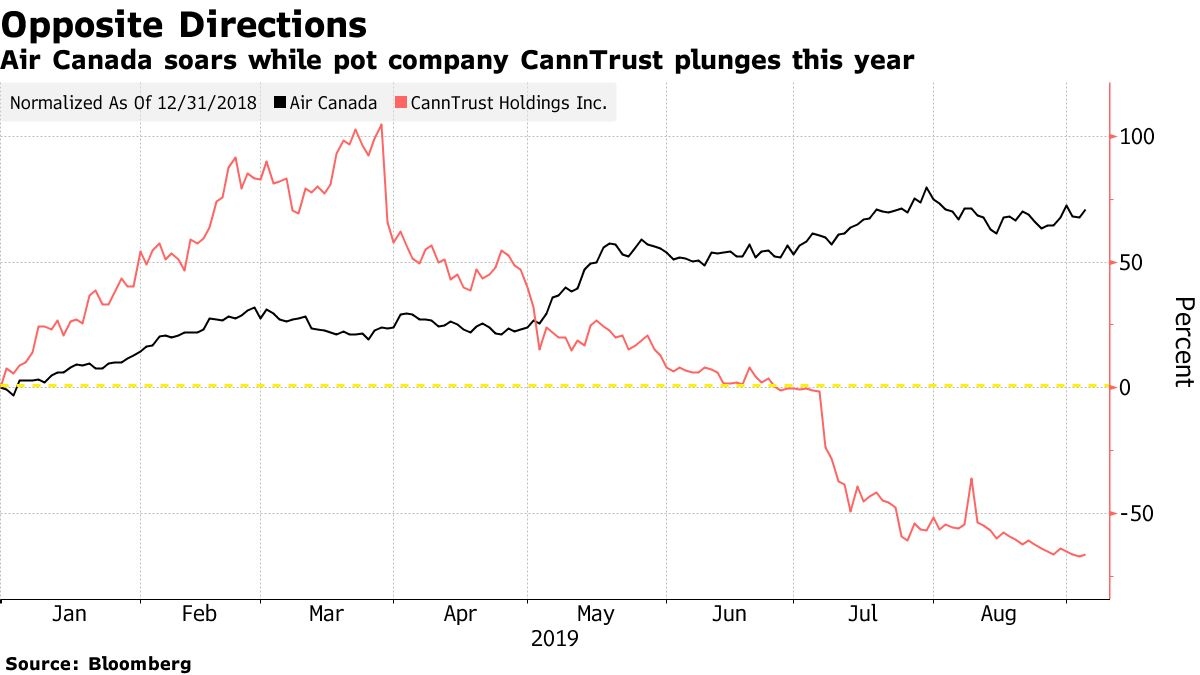 CannTrust, on the flipside, has fallen almost 85 per cent from its 2018 peak. A demotion from the TSX would mean it has spent a mere six months in the index.

To be eligible for index inclusion, a stock must have a float-adjusted market cap of greater than 0.04 per cent of the index itself, according to AltaCorp. It should also have a float turnover of more than 0.5 times over the period of the prior year. For a deletion, the stock will have a float weight of less than 0.025 per cent of the index. The measurement period to determine changes is based on volume-weighted trading over the last 10 trading days of August.

Here’s a recap of what happened last week:

While skepticism remains, markets were buoyed by the easing of U.S.-China trade tensions this week. A spate of good economic data up north supported the Bank of Canada’s reluctance to signal a potential interest rate cut when it held interest rates steady. That culminated with a blockbuster 81,100 jobs created last month, Statistics Canada reported Friday. It was the seventh-largest monthly gain in records going back to 1976, and brought gains to 471,300 over the past 12 months, the most in a year since 2003. 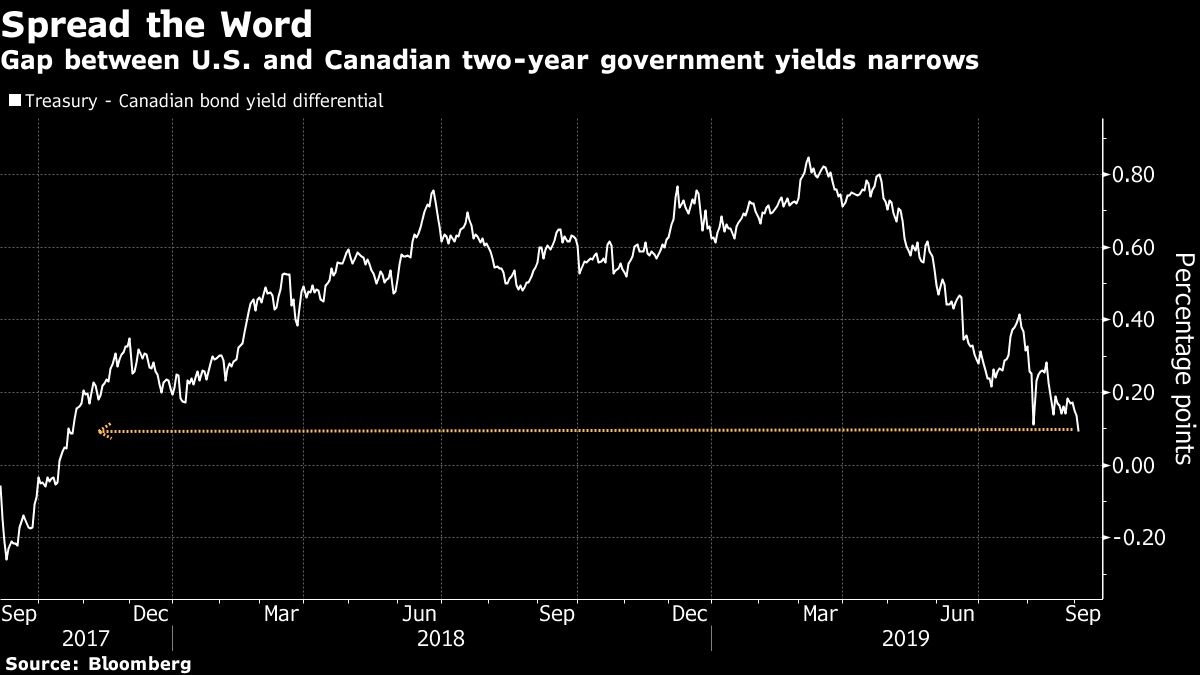 1. Tennis superstar (and Canadian!) Bianca Andreescu made history and won the US Open in New York last week. And in true Canadian fashion, she apologized to fans of Serena Williams for her win.

Let's all drink some maple syrup and ride a polar bear or a moose!

--With assistance from Madeleine Lim.