Canada’s largest airline struggled to cope with a rebound in passenger demand in the second quarter, amid labor shortages and wider airport disruptions that included baggage handling failures.

Air Canada reported operating revenue of $3.98 billion (US$3.1 billion) during the three-month period, which fell short of the $4.02 billion expected by Bloomberg’s consensus estimates. The Montreal-based company also recorded a net loss of $386 million, or $1.60 per share, about double what analysts predicted.

Michael Rousseau, the company’s chief executive, apologized for the travel chaos, acknowledging that it has been “a difficult period” for customers.

“In Canada, we have gone from a near two-year shutdown of air travel back to capacity levels close to 80 per cent of 2019,” Rousseau said on a call with analysts after the earnings release. “It’s, of course, not at all business as usual for us or anyone else involved.” 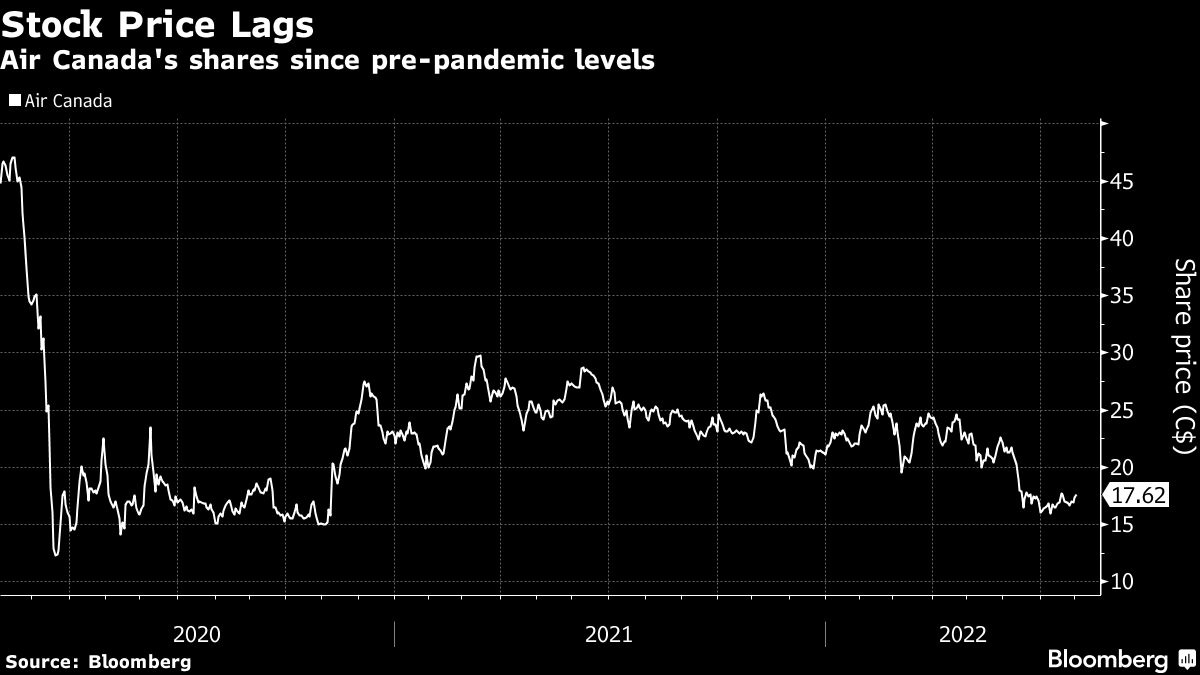 The airline had to cancel about 8 per cent of its scheduled flights -- more than 150 per day -- for July and August.

“This kind of instability in the delivery chain has a direct impact on our operations,” Chief Operating Officer Craig Landry said on the same call.

For the quarter, Air Canada still managed to increase operating revenue by nearly five times from year ago levels, when COVID-related travel restrictions were in place. Passenger revenues were still just 80 per cent of 2019 levels.

Available seat miles, a measure of capacity, also rose by about five times from the second quarter 2021. That was in line with projections made in April. That capacity was only 73 per cent of pre-pandemic levels in the second quarter of 2019.

“Higher expenses, driven by elevated passenger service and distribution costs as well as salaries, wages and benefits, will carry forward into the remainder of the year,” Helane Becker, managing director and senior research analyst at Cowen Inc., wrote in a report to investors after the results.

Air Canada said it’s encouraged by the recent decline in fuel prices, which represented about 53 per cent of the increase in total operating expenses last quarter. Rousseau also said that advanced bookings show no evidence of an emerging economic slowdown.

The airline’s earnings guidance for 2022, before interest, taxes, depreciation and amortization are “ahead of consensus and well above our forecast, signaling strong demand/revenue,” Raymond James Financial Inc. analyst Savanthi Syth said in a report

Air Canada has slightly underperformed its peers since the start of the year, down 17.2 per cent over that time. As of Monday, the S&P 500 Airlines Total Return Index had fallen 14.9 per cent.