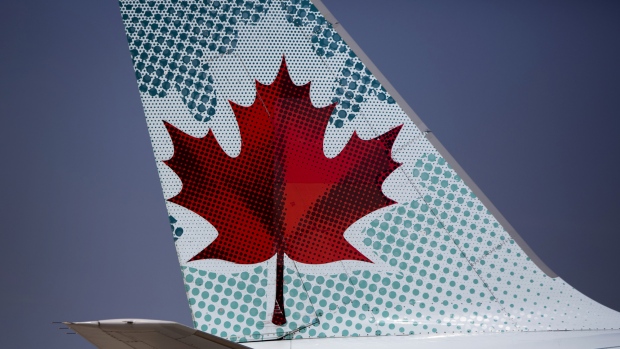 Air Canada (AC:CT) has been hurt more from the grounding of Boeing Co.’s 737 Max than other operators because the aircraft made up a larger portion of its total capacity, the carrier’s finance chief said Wednesday.

The grounding imposed a severe strain on the airline’s schedule, with Air Canada able to “backfill” only about half of the lost Max capacity, Chief Financial Officer Michael Rousseau said at a Cowen & Co. transportation conference.

Unlike most of Boeing’s Max customers, Air Canada has no other 737s in its fleet, leaving its 737 pilots mostly idle this year beyond training, the CFO said. The company won’t resume hiring pilots for the Max until the plane is cleared to resume service, he said.

“We have a couple hundred pilots sitting around not doing a lot,” Rousseau said.

Air Canada had two dozen 737 Max aircraft when regulators grounded the plane in March following two fatal crashes. The airline had planned to receive 12 additional Max aircraft this summer. It plans to acquire a total of 50 Max, which will replace older Airbus SE A320s.