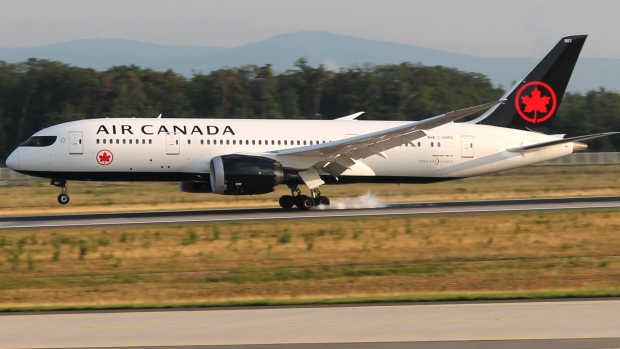 MONTREAL -- Air Canada has boosted its profit forecast for 2019 while foreseeing fatter margins and heavier free cash flow over the next three years.

On Thursday, the Montreal-based company predicted annual margins on earnings before interest, taxes, depreciation and amortization of between 19 per cent and 22 per cent through 2021.

That guidance tops the street consensus of 17.5 per cent, according to analyst Doug Taylor of Canaccord Genuity Corp.

"We know the competitive landscape in our...industry is as fierce as ever," she said at the company's investor meeting in Toronto.

To attract passengers, Canada's largest airline is stocking up on Airbus A220 jetliners, aiming for the addition of 30 in 2021.

The return on invested capital and generated free cash "will likely inspire imagination on exactly how that capital will be allocated given Air Canada's balance sheet will be comfortably in the investment grade-type range by the end of this year," said Taylor in a report.

"We believe the market should view these initial targets favourably; they reflect the culmination of several astute strategic moves made by the company in recent years and the ongoing shift from growth mode to more balanced capital deployment."

Air Canada released its updated forecast alongside an announcement it has signed a partnership deal with American Express for a new loyalty program the airline is preparing to launch next year.

The deal will allow American Express membership rewards customers in Canada and the U.S. to transfer their points into the new Air Canada program once it has rolled out. American Express Aeroplan card members will also become members of Air Canada's new loyalty program.

Air Canada reacquired the Aeroplan loyalty program from Aimia Inc. earlier this year after spinning off the points program in 2005 as part of the airline's restructuring.

The airline has already signed agreements with TD Bank, CIBC and Visa that will see them stay on with the loyalty program until at least 2030.