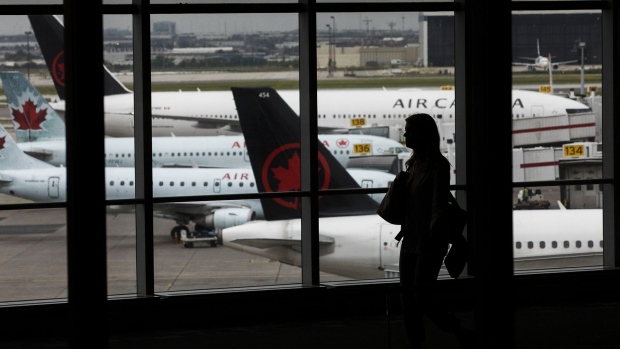 MONTREAL - Air Canada's pilot union says up to 600 of its members will go on unpaid leave in the coming months due to the COVID-19 pandemic.

Captain Michael McKay, head of the Air Canada Pilots Association, says the union has agreed to a plan for a maximum of 600 pilots on furlough.

The 4,400 pilots have also agreed to reduced pay across the board and "simplified contract language" to allow pilots to retire earlier.

McKay says a "precipitous drop in passenger demand and the challenging operating environment" have prompted the changes.

He is joining other unions in calling on Ottawa for financial relief for the aviation industry.

McKay says that due to the complexity of pilot training, the precise number of positions immediately affected at the country's largest airline is still unclear.