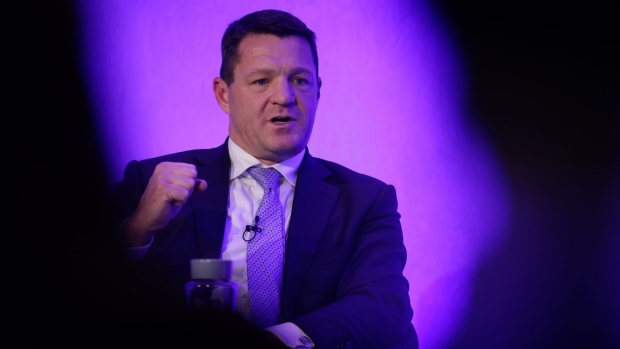 Pieter Elbers, chief executive officer of KLM at Air France-KLM Group, speaks at the Airlines 2021 conference in London, U.K., on Monday, Nov. 22, 2021. A recovery in business travel has lagged leisure business, even as restrictions start to recede -- starving major carriers like BA and American of crucial high-margin fares. , Bloomberg

(Bloomberg) -- Air France-KLM’s board has begun a search to replace the head of its Dutch arm, whose term runs out next year.

“Pieter Elbers will not enter into a third term as CEO & President of KLM,” the group said in a statement Thursday. “This enables the supervisory board of KLM to start a thorough process for a successor in a timely manner.”

Elbers’s current mandate ends May 1, 2023, according to separate statement from KLM, in which the executive was quoted as saying he’s “handing over the baton.”

Air France-KLM Chief Executive Officer Ben Smith has worked to improve relations between the French and Dutch carriers, which have had at-times turbulent relations within the merged company.

“I am grateful for the spirit in which this process has been held,” Smith said in the Air France-KLM statement.