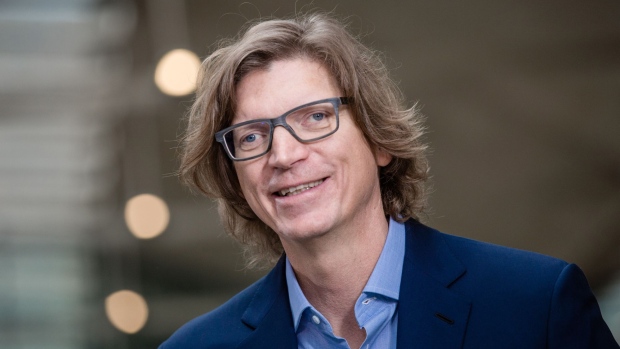 (Bloomberg) -- Lilium’s sale to a blank-check company this week generated a 29-fold return on early investor Atomico’s initial investment, an extraordinary outcome for its bet on the German air-taxi startup that hasn’t had a commercial launch yet.

Atomico Chief Executive Officer Niklas Zennstrom had reservations about the startup and whether it made sense for the venture capital firm, which specializes in early-stage European tech companies. “We don’t really invest in airplanes,” he recalled thinking at the time.

But he said he was convinced after meeting the company’s founders and hearing about their vision for environmentally friendly air travel. Atomico invested an initial 10 million euros ($11.8 million), helping Lilium fund the development of its jet and add staff. It was the only venture capital firm to participate in the company’s Series A fundraising in 2016.

Startups are raising more money than ever before as a consumer shift online during the pandemic combined with low interest rates pushed investors further toward tech in search of returns. SPACs, like Engle’s, are also driving up valuations. SPACs that have started trading since the beginning of 2020 have already announced at least $99 billion of acquisitions this year, according to data compiled by Bloomberg.

Where venture capital firms would usually be thrilled with a return of 10-times their investment, initial public offerings for companies like Robinhood Markets Inc. and UiPath Inc. have turned small initial investments into billions.

Atomico isn’t planning to sell its stake, and Zennstrom said he plans to remain on the board.

“We are doubling down on our time and money, and have strong convictions in the future of the company,” he said. “This is a milestone. This is raising more capital.”

Lilium intends to get its seven-seat vertical takeoff and landing craft completed and ready to launch for commercial passenger service in 2024. The plan is for pilots to operate the small aircraft between congested cities, giving passengers the ability to take short trips quickly, and to develop routes for a fraction of the cost of alternatives such as underground rail networks.