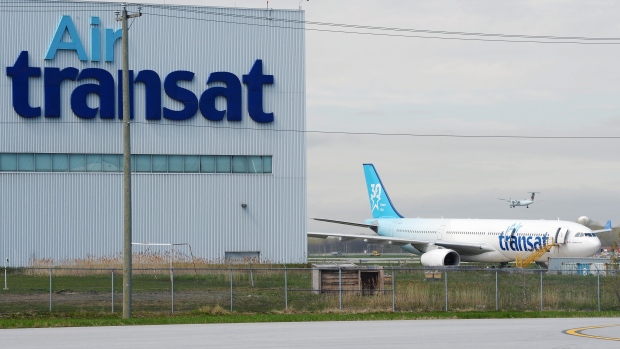 An Air Transat plane is seen as an Air Canada plane lands at Pierre Elliott Trudeau International Airport in Montreal on May 16, 2019. , THE CANADIAN PRESS/Ryan Remiorz

Air Transat says it is relaunching a significant number of its routes for the busy summer travel season including destinations in Europe and the United States.

The Montreal-based airline says it will gradually restart flights to a total of 25 European destinations, including the six it currently serves, starting in April.

Air Transat says that at the height of the season it will operate more than 250 direct flights weekly on 69 direct routes.

The increase follows an easing of pandemic-related travel restrictions.

Joseph Adamo, Transat's chief sales and marketing officer, says the outlook for the summer season is favourable as the company looks to respond to significant pent-up demand.

Adamo says the surge in demand has also allowed the company to increase capacity on certain key routes between now and the end of the winter season.