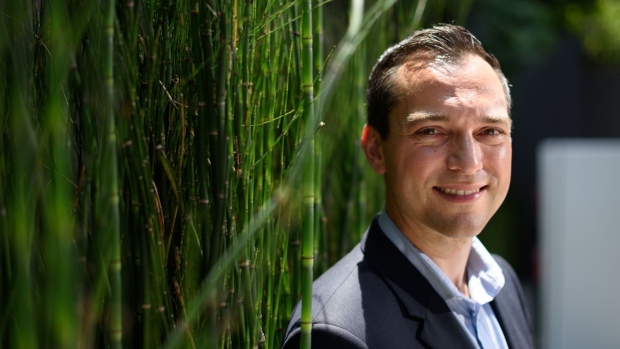 (Bloomberg) -- Home-sharing company Airbnb Inc., initially paralyzed by pandemic lockdowns but revitalized by the recent travel boom, is betting that remote work is here for good.

Stays of 28 days or more — usually by so-called digital nomads who can do their jobs from various locales — now make up about a fifth of Airbnb’s business. And this year, the company made “work from anywhere” permanent for its 6,000 employees, eliminating pay tiers based on a location’s cost of living and allowing staffers to work up to 90 days a year from any region Airbnb operates in.

The company recently published a policy guide for cities and countries that want to lure remote workers, following an example set by Tulsa, Oklahoma, which attracted more than 1,600 people and boosted the region’s economy by nearly $20 million last year.

Bloomberg sat down with Airbnb co-founder and Chief Strategy Officer Nathan Blecharczyk to discuss how he sees the remote-work revolution playing out. His responses have been edited and condensed.

There’s huge demand for remote work. What’s interesting are the strategic implications for towns and cities. Historically, towns have done a lot to attract companies to invigorate their economy. And now there’s this avenue of going directly to the workers and their families and making the case of why this town is a great place from a quality-of-life perspective. Employees don’t have to choose between their high-paying job and a great quality of life. They can have both.

There are many cities that are attractive to remote workers where the cost of living has skyrocketed as so many people move there. Is that coming up in your conversations with these cities?

There are pros and cons to anything — one person’s economic development is someone else’s gentrification. Overall, this phenomenon is certainly stirring the pot a bit, and I think that’s probably generally a good thing. During the pandemic you saw people going to places like Florida and different suburbs, and they just became a little overheated. But I think as we get into a steady state, the opportunity can be spread over a broader surface area.

Have you seen any impact from Airbnb’s remote-work policy on employee satisfaction or engagement?

What we saw over the pandemic was engagement did not fluctuate much. I think so much was happening in the world that in some ways, people’s perceptions and feelings about the company were just kind of locked in. The thing we did see move a lot is people’s attitudes about remote work. When we asked employees in September 2020 if they wanted to come into the office less than once a week — so basically to not be in the office — it was 37%. In November 2021, it was 59%. That’s eye-opening.

You got rid of location-based pay tiers. What was the rationale for that?

What is lost by not having people coming to the office?

It’s worked well in the short term, but I do wonder, are there longer-term implications that we’re not just fully understanding yet? Just from personal experience, it’s less fun working from home than it is being in the office. But there’s an overhead to going into the office and there’s an inability to balance things in the same way. There is this kind of trade-off between efficiency of life versus the fun of colleagues. I think a lot of people, especially those who have kids, I think they’re saying, “I'll take the efficiency, please. That's what I need right now.” If you're just out of college, you might say, “I want to socialize, that’s important to me.”