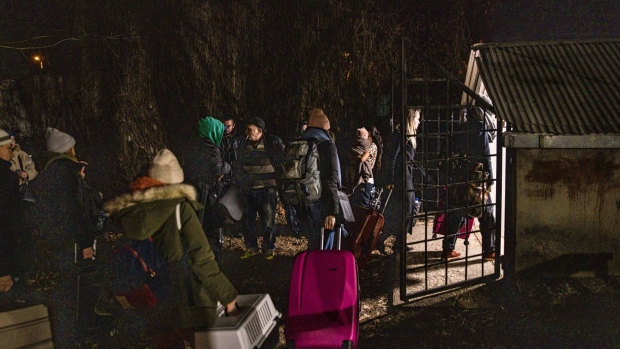 (Bloomberg) -- Airbnb Inc. is offering free short-term housing for up to 100,000 Ukrainian refugees who are fleeing the Russian invasion of their country and will work with neighboring European states to provide long-term stays.

Leaders from the San Francisco-based company, including Chief Executive Officer Brian Chesky, wrote to the governments of Poland, Romania, Germany and Hungary offering support for housing refugees, according to a statement from Airbnb. The housing will be funded by the company, donors and hosts on the platform. While the crisis is still ongoing, more than 300,000 Ukrainians have left following Russia’s invasion and the European Commission forecasts that the number could grow to millions.

Airbnb last year helped to resettle refugees following the Taliban’s takeover of Afghanistan, providing housing to more than 21,000 people. The company operates in more than 220 countries and regions.

Ukraine has more than 17,000 short-term rentals, according to data provided by market research firm AirDNA. Up until last week, hosts in Mariupol, a city on the coast of the Sea of Azov, told Bloomberg News that business remained normal and guests were still making reservations.