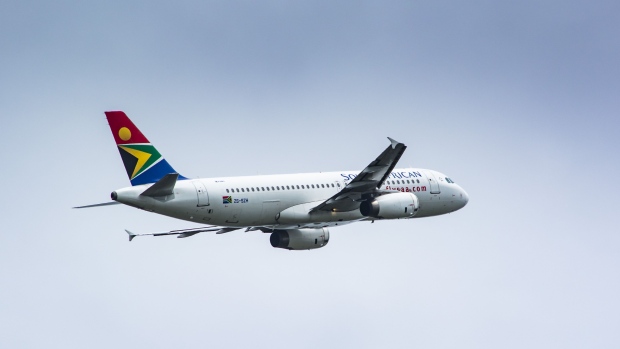 An Airbus A320-200 passenger jet, operated by South African Airlines (SAA), takes off from O.R. Tambo International Airport in Johannesburg, South Africa, on Friday, Jan. 24, 2020. South African Airways said “time is of the essence” for the government to provide a pledged cash injection if the loss-making national carrier is to continue flying. , Bloomberg

Airbus SE delivered 39 jets last month while avoiding order cancellations as it battles to keep revenues flowing in a market battered by the coronavirus crisis.

August handovers comprised 35 A320-series narrow-body planes and four twin-aisle jets, with the overall tally down 10 from the July figure, the Toulouse, France-based company said in a statement Tuesday.

Boeing Co. said earlier that it delivered 13 planes in August, in an update overshadowed by news that handovers of the 787 Dreamliner are to be slowed for checks for a manufacturing flaw involving gaps in the plane’s horizontal stabilizer that are wider than specified.

Even without the Dreamliner setback, Airbus has been ahead of its rival in riding out the pandemic, as Boeing continues to wrestle with the grounding of its 737 Max short-haul plane following two deadly crashes. The European company has generally managed to persuade airlines including EasyJet Plc and Qatar Airways to defer deliveries rather than cancel deals outright.

Airbus customers to get jets in August included Gulf Air, which took its first A321neo, and Portuguese carrier Orbest, which received an initial A330-900 wide-body.

New sales remain rarities, with Airbus reporting an order for just one new plane, a corporate version of the A320, and Boeing eight.

Deferrals may pick up as the virus continues to roil the sector, with new flareups across Europe pushing carriers there to rein in already modest planes for restoring capacity.

While Airbus may be able to shore up its backlog through such measures, it risks leaving major gaps in production lines that have already seen output slashed, said Sash Tusa, an analyst at Agency Partners in London. 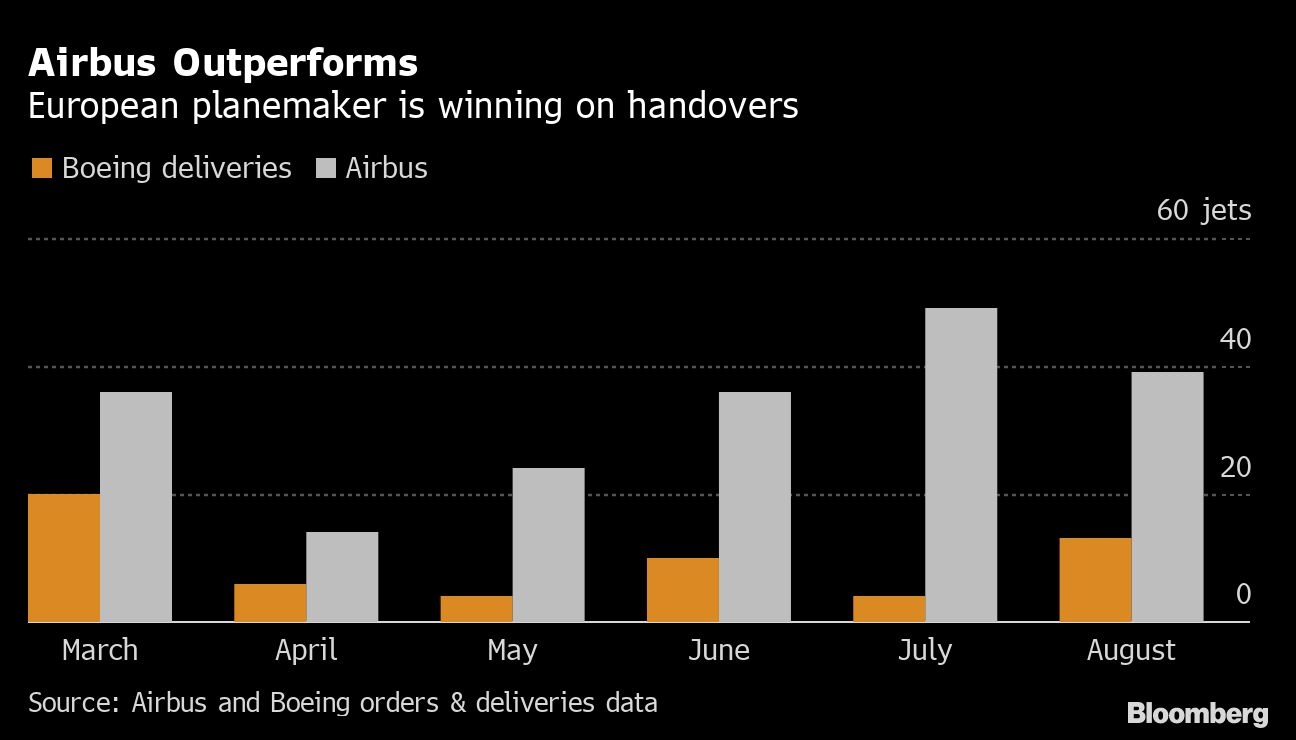