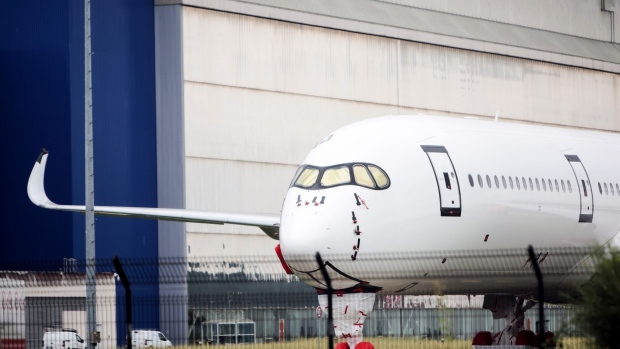 (Bloomberg) -- Airbus SE Chief Executive Officer Guillaume Faury warned that European aerospace suppliers are starting to move to the US to escape surging energy costs and urged governments to provide tax breaks to halt the flow.

Some German companies, for example in the chemicals sector, have already decided to relocate, while in France there’s more of a “wait and see” attitude that could result in departures early next year, Faury said in Paris Thursday.

“A certain number of smaller, energy-dependent companies can no longer make the equation work,” Faury said in a media briefing in his role of head of French aerospace lobby Gifas. “They must decide whether to shut down operations or to move where energy prices are lower.”

President Joe Biden’s Inflation Reduction Act has angered the European Union, which says it violates World Trade Organization subsidy rules and is weighing whether to issue a formal complaint or create a similar program. French President Emmanuel Macron, last month hosted a dinner with top European business leaders to urge them to invest at home.

Faury said the US law is “very favorable” toward aviation suppliers, who are also attracted by subsidies for carbon-free energy programs, including green hydrogen, an area in which Airbus is particularly active. The EU, by contrast, “has good intentions” but its regulatory framework is too restrictive and complex, “with a lot more taxes, a lot more barriers and a lot more rules.”

“There are many industrial sectors that are looking to the US as the new place to make investments, and this worries me a lot,” Faury said at the event organized by the AJPAE, adding that the law “creates a crisis for Europe.”

Airbus this week abandoned its jetliner delivery goal for 2022 amid supply-chain issues, and has previously warned that jump in energy costs will weigh particularly hard on smaller, power-intensive producers, such as those making castings and forgings.