An Airbus SE logo sits on the company's aircraft assebly factory in Hamburg, Germany, on Wednesday, May 13, 2020. Airbus secured just nine net orders in April and delivered 14 jetliners after airlines desperate for cash put off accepting new planes and clamped down on spending to deal with a crisis that could last several years. Photographer: Krisztian Bocsi/Bloomberg , Bloomberg

Airbus SE managed to expand deliveries to its airline customers last month, even as the coronavirus outbreak weighed on travel demand, people familiar with the matter said.

The tally for July handovers exceeded the 36 recorded in June, and was boosted by a system that delegates some essential customer checks to the manufacturer’s own engineers, according to the people, who asked not to be named discussing data that’s due to be made public later Thursday. Deliveries may have reached the low 40s, one of them said.

Airbus declined to comment on the July report, while acknowledging shipments are being bolstered by the so-called e-delivery option. The process “continues to facilitate our ability to deliver aircraft during an unprecedented time of travel restrictions and quarantines,” said Stefan Schaffrath, an Airbus spokesman. 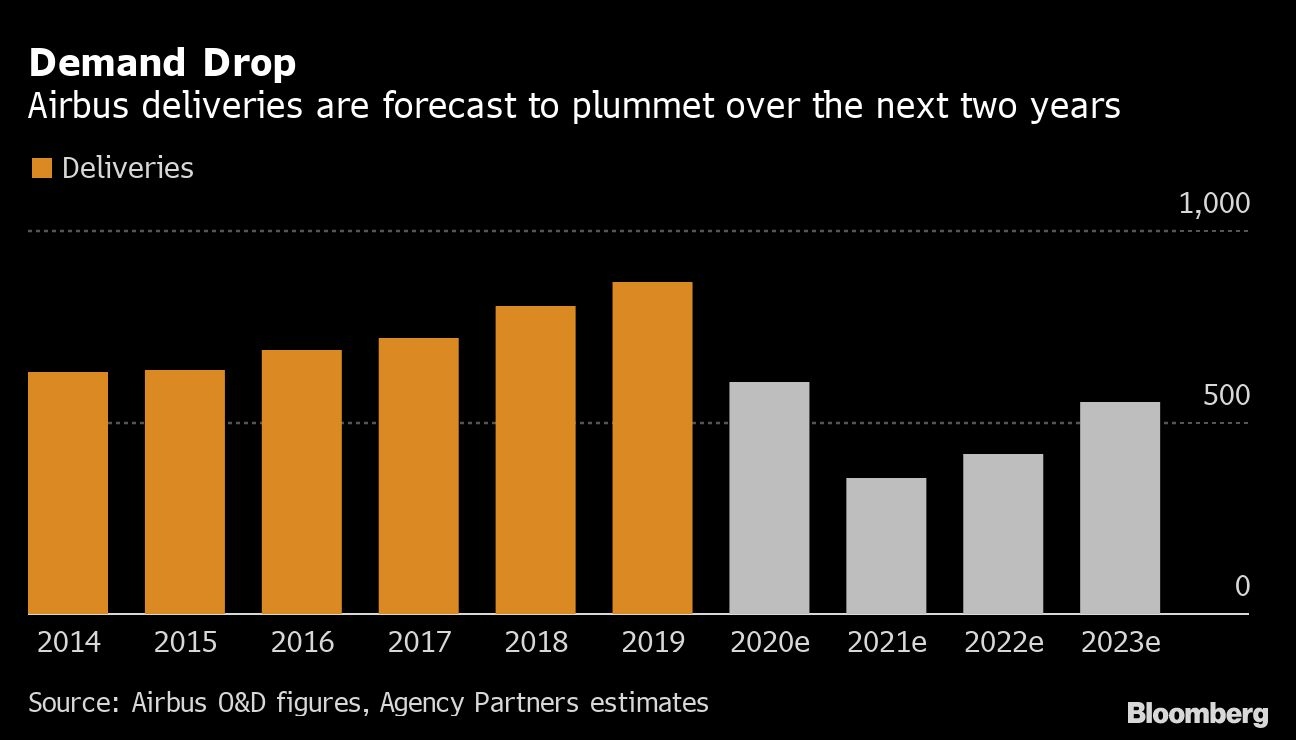 Maintaining jetliner handovers to those customers that still want them is vital for Airbus as it seeks to bolster cash flow, since the biggest payment for planes comes only when the buyer receives them. The Toulouse, France-based company had 145 aircraft undelivered as of June 30.

Jefferies International analyst Sandy Morris said the shipment of 40 A320-series jets would be a positive sign, bringing handovers into line with Airbus’s reduced monthly production rate. The company delivered 31 of the narrow-body planes in June.