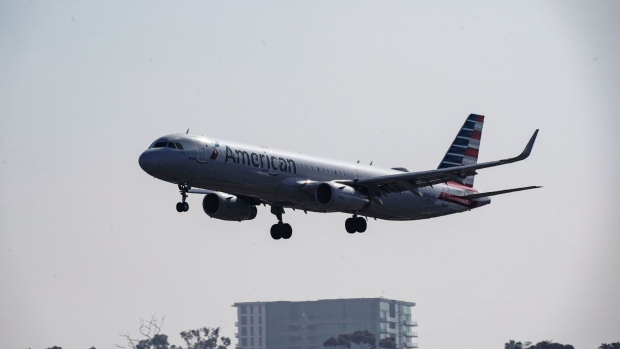 Airbus SE failed to secure a single plane order in May after a global travel slump brought on by the coronavirus pandemic forced airline customers to clamp down on spending commitments.

The Toulouse, France-based planemaker handed over 24 aircraft to customers during the month, it said in a statement Friday. No orders were canceled, Airbus said -- itself a victory during an unprecedented downturn.

Airbus has already cut aircraft build rates by one-third and is considering a further reduction as it shrinks its business to adapt to a market depressed by the coronavirus crisis, people familiar with the situation have said. The European planemaker has entered talks with labor groups that could lead to thousands of permanent job cuts, following similar moves by U.S. rival Boeing Co. and U.K. engine maker Rolls-Royce Holdings Plc.

The sales tally for the first five months remained at 299 planes net of cancellations, Airbus said. Airlines desperate to protect cash are focused on deferring or canceling existing purchases rather than making new ones.

Handovers were aided by the introduction of an e-delivery process that helps airlines avoid COVID-19-related risks by delegating technical checks to the manufacturer’s own engineers.

Airbus’s figures have so far held up better than at Boeing, where the 737 Max model remains grounded. The Chicago-based company is set to report its monthly orders and deliveries next week. However, analysts have warned that the European company has more exposure to planemakers that have declared bankruptcy, underscoring the urgency to act.

Chief Executive Officer Guillaume Faury said in April he would revisit production capacity this month, and executives are said to be assessing measures including reduced rates for the top-selling A320-family model.

The CEO has signaled the need to slash jobs, telling managers the company must “act fast” and secure union agreements on cutbacks by early summer.

Currrently, all commercial aircraft staff in Toulouse are furloughed for an average of 30 per cent of working time.

At the Broughton wing plant in the U.K., Airbus is preparing to offer voluntary buyouts to about 500 staff, the Guardian reported earlier. About 200 staff in Filton who make wings for the A400M military aircraft will be furloughed starting Monday, a person familiar with the matter said.