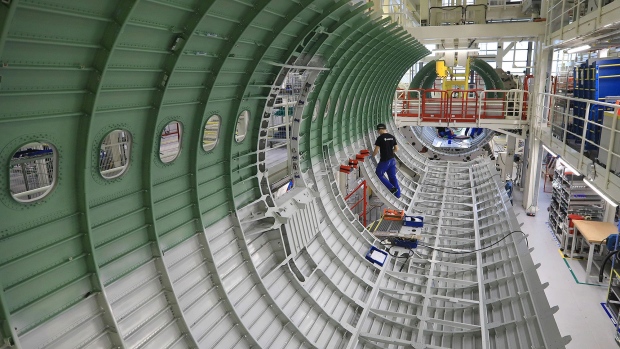 (Bloomberg) -- Airbus SE union IG Metall said it could call for further industrial action in a dispute over the planemaker’s plans to restructure German parts operations.

The labor group held a day of strikes and rallies Friday to protest plans to overhaul subsidiaries that make wing and fuselage sections. The move, first announced in April, would involve the creation of new companies built around the Stelia Aerospace and Premium Aerotec divisions, while a detailed-parts unit would be hived off.

“We want a new date for negotiations, if not we will strike again,” said IG Metall district manager Daniel Friedrich. “We don’t want to but we are prepared for both outcomes.”

Airbus is striving to focus resources on areas that will be key for developing future technology such as hydrogen jets, including wings and fuselage. But union opposition and finding a willing investor for the parts business remain hurdles to the plan.

An Airbus spokesman said the action Friday had a “limited impact on production,” adding that the company also wants to reopen discussions with employees. The two affected areas of the business employ around 2,600 people, with 13,000 employees in Premium Aerotec as a whole, the spokesman said.