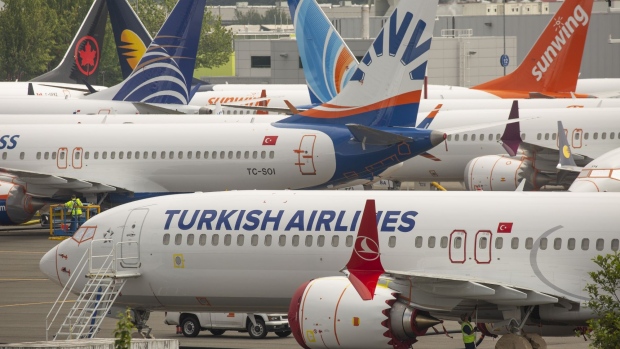 Speaking at a final press conference Thursday, Airbus sales chief Christian Scherer said the company didn’t have a chance to compete for the agreement with British Airways owner IAG SA, which said it intended to buy 200 Max jets -- a model that has been grounded since March after two deadly crashes. IAG is currently an Airbus-only customer for narrow-body jets and has said it plans to use the Max for its discount and leisure divisions, including Vueling and Level.

“We are taking the position that we would like to bid for this business,” Scherer told reporters at Le Bourget airfield outside the French capital. “IAG is a very good customer. Every one of these airlines are A320 operators. Our intent is to bid.”

Airbus still had plenty to crow about after the show, raking in deals for about US$44 billion based on preliminary data compiled by Bloomberg and surpassing Boeing by around US$10 billion. The European planemaker staked a claim to the middle-distance market by unveiling the A321XLR, the longest-range version of its single-aisle workhorse. Boeing’s plans to develop a new jet for that segment are on the back burner because of the Max crisis.

JetBlue Airways Corp. said the plane would enable it to reach more European cities after it starts trans-Atlantic flights to London from Boston and New York. American Airlines Group Inc., the world’s largest carrier, is expected to use the XLR as a replacement for its aging fleet of Boeing 757-200 jets.

Airbus also picked up Air Lease, an influential lessor, as a customer of its smaller A220 plane about a year after acquiring control of the program from Canada’s Bombardier Inc. JetBlue exercised an option to add 10 more A220-300 aircraft to its order. All told, Airbus announced deals covering 383 planes, including firm orders for 159 and commitments for 224. The dollar values are based on list prices, before customary discounts. 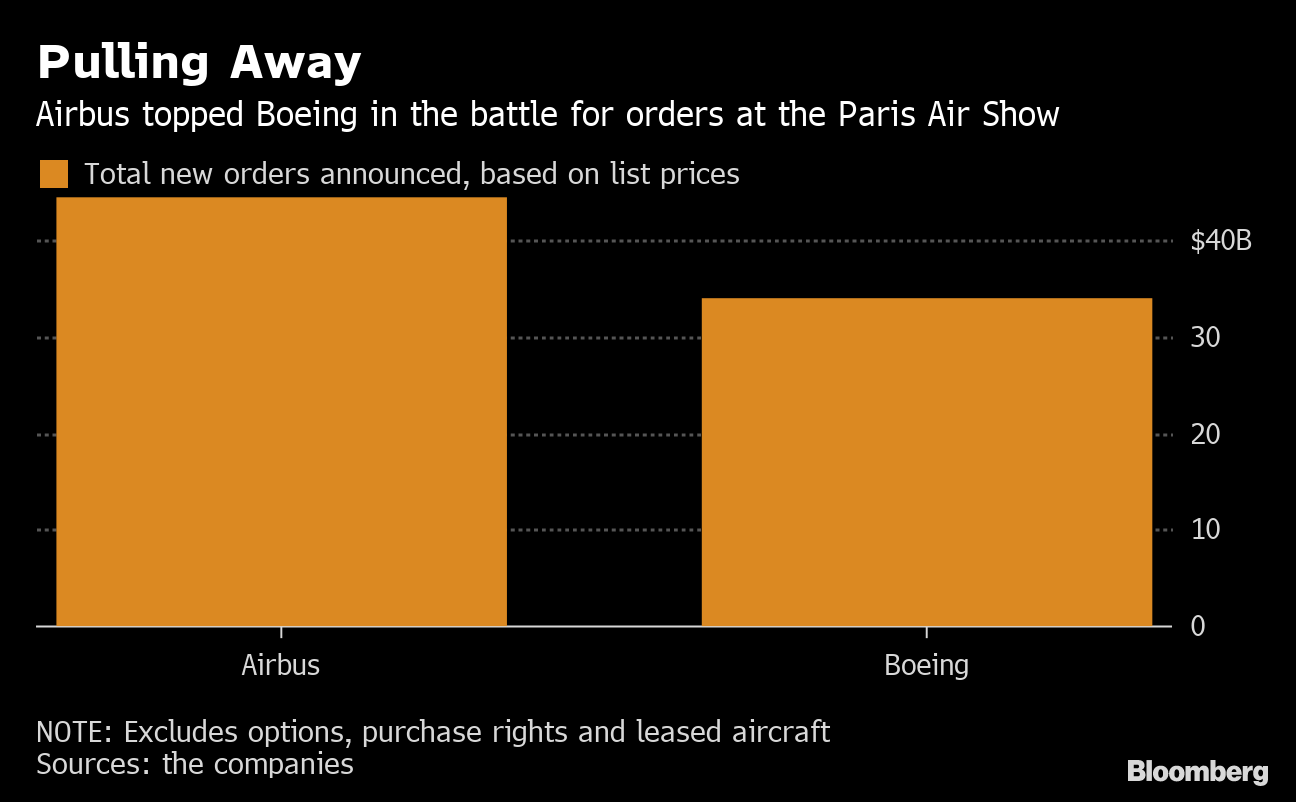 Boeing’s tally was its lowest at a European air show since 2016, as executives dedicated their efforts in Paris to bolstering confidence in the Max. Chief Executive Officer Dennis Muilenburg said Boeing approached the trade fair with “humility” and publicly reassured customers and suppliers that the plane was still at the center of the company’s plans.

At a closing press conference, Boeing sales chief Ihssane Mounir kept with the theme, promising to return the Max to the skies “very soon.” He acknowledged that the company had disrupted various airlines’ operations, saying this year’s event wasn’t typical. Boeing is in talks with several customers on potential Max sales, he said.

Boeing’s surprise announcement of its Max deal with IAG came midway through the exhibition and helped the manufacturer clear some of the gloom surrounding the newest 737 model by instilling a measure of confidence in its future.

The Chicago-based planemaker could hardly have found a better buyer than IAG to endorse the Max, whose future has been clouded as regulators demand fixes to make the plane safer. IAG has proven to be a savvy aircraft buyer and is led by a former 737 pilot, CEO Willie Walsh.

The agreement was outlined as a letter of intent, meaning that negotiations over the details will need to be confirmed in the coming months. Analysts speculated that Boeing was offering IAG bigger-than-usual discounts on the planes.

Airbus said it never received a request for proposals -- a document that formally launches bidding for most major aircraft contracts -- from IAG.

Guillaume Faury, Airbus’s CEO, said he’d like to find a way in before the deal develops into a final contract.

“We’d be very happy to compete when it comes to a tender for this large number of planes,” he said. “We are quite sure we will have an opportunity to apply and make sure that in the end the best solution prevails for IAG, which is an important customer.”