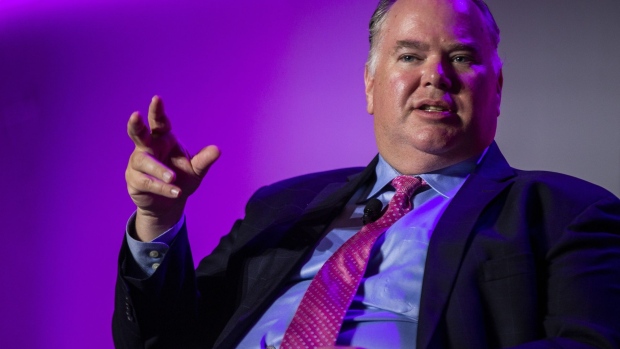 A traveler walks through Terminal C at Newark Liberty International Airport in Newark, New Jersey, U.S., on Monday, Nov. 16, 2020. From November 16 through December 11, the United Airlines will offer rapid tests to every passenger over 2 years old and crew members on board select flights from Newark Liberty International Airport to London Heathrow, free of charge. Photographer: Angus Mordant/Bloomberg , Bloomberg

(Bloomberg) -- New money is flowing to low-cost airlines in the U.S. as they take on giant carriers racing to recover from the unprecedented collapse in travel during the pandemic.

Two established carriers that had already been flying sold shares in the past month, while two new airlines managed to raise more than $100 million each in a little over one year to cover startup costs. All four share a common trait: low operating costs and a customer base seeking affordable flights after more than a year of hunkering down close to home.

They’re striking as the domestic leisure business is rapidly returning, even though industry revenue from corporate and international travelers — the domain of bigger carriers — remains depressed.

“Low-cost, leisure-focused, domestic-oriented air travel has been in vogue like it’s never been in vogue before,” said Barry Biffle, chief executive officer of Frontier Group Holdings Inc., which held an IPO in March after withdrawing a previous effort to sell stock seven months earlier.

The airline industry has never been particularly kind financially, with more than 200 failures or bankruptcies since 1978. But consolidation among the largest players since the 2008 recession set the stage for a comeback. U.S. carriers had $103 billion in net profits from 2010 through 2019, before the pandemic drove $46 billion in losses.

The environment now appears ripe for new entrants led by entrepreneurs focused on keeping costs far lower than the entrenched incumbents and stimulating traffic on mostly uncontested nonstop routes. It’s the same playbook that worked for the previous era of low-cost startups like Allegiant Travel Co. and Spirit Airlines Inc.

Shares of Sun Country Airlines Holdings Inc., a Minnesota-based carrier that specializes in Sun Belt destinations, have surged 69% since their March 17 debut, while investors have been cooler on Frontier, which has gained only 3.6% since trading started. Avelo Airlines raised $125 million from family offices, private equity firms and individuals, and plans to begin flights from the Los Angeles area on April 28. David Neeleman’s Breeze Aviation Group Inc. raised more than $100 million, most of it last year.

“Low-cost carriers are proven across the world to be better businesses,” said Avelo CEO Andrew Levy, who was also a co-founder of Allegiant Travel Co. Las Vegas-based Allegiant touted 17 years of profitability before the pandemic ended that streak.

Lucrative corporate passengers are likely to avoid air travel for some time as the U.S. economic rebound from the pandemic damage remains a work in progress. Leisure travelers, however, are returning to the skies, with more than a million travelers passing through U.S. security checkpoints each day since March 11. Still, the 1.4 million people screened April 12 remained well below the 2.4 million at the same time in 2019.

Airline shares have mounted a major comeback in the past year. After a Standards & Poor’s index of the five largest U.S. carriers tumbled by two-thirds from a January 2020 peak to a trough in May, the gauge has since surged some 160%, though it remains below its pre-pandemic level.

That positive sentiment extends to low-cost players that don’t bank on corporate or international travel and whose balance sheets aren’t weighed down by debt. According to the lobbying group Airlines for America, U.S. carriers collectively added $58 billion in debt last year. New entrants can take advantage of hundreds of aircraft that were pulled from fleets and employees who left during a rush to slash spending after travel demand collapsed. More than 150,000 workers voluntarily left the four largest U.S. carriers or took temporary leave.

“It’s a time of opportunity,” said Peter Morris, chief economist at Ascend, the consultancy arm of Cirium. “You can get a deal like you never would have in 2019. The window of opportunity is probably not open more than a couple of years.”

Morris pointed to JetBlue Airways Corp., co-founded by Neeleman, which went public less than a year after the Sept. 11, 2001, terrorist attacks. Spirit’s initial public sale was in 2011, a year stung by higher fuel prices and slow economic growth. In Europe, discounters Ryanair Holdings Plc and EasyJet Plc rapidly expanded in the early 2000s while larger rivals like British Airways were cutting spending after the war in Iraq and the outbreak of SARS discouraged travel.

Leisure carriers eschew direct competition with the behemoths wherever possible. They focus on smaller, secondary cities, avoid time-consuming stops at hub airports and fly less than daily to many destinations. Often known as ultra low-cost carriers, or ULCCs, many couple deeply discounted fares with fees for anything extra.

“That’s what the ULCCs and investors are banking on — that spurred by these low fares and new, underserved routes you’ll see passenger growth at a multiple greater than GDP growth,” said Joe Mohan, an aviation consultant in Westlake, Texas, and former CEO of Grupo Viva, the parent of several Latin American discount airlines.

Frontier’s Biffle also cites three rounds of government stimulus checks over the past 13 months, which helped boost the U.S. savings rate by $1.5 trillion, as a catalyst to spur a travel boom. Spending on durable goods soared in 2020 as Americans fixed up their homes, bought a car or replaced appliances, all while not traveling, United Airlines Chief Executive Officer Scott Kirby noted at a March 15 JPMorgan Chase & Co. investor conference. That leaves wanderlust next on many Americans’ wish list.

“I think all that durable expense that would have been happening in 2022, 2023, 2024, you’ve already bought a new washing machine, you don’t have to buy another one,” Kirby said. “That money that got spent was pulled forward” and will prompt consumers to take more leisure trips over the next three years, he said.

Investor funds aren’t flowing to airlines only in the U.S. In Europe, a startup called Norse Atlantic Airways is keen to reprise the trans-Atlantic Boeing 787 flying of the defunct Norwegian Air International. Another Norwegian domestic carrier, Flyr AS, raised 600 million kroner ($70.7 million) and plans to begin flying this summer. In the U.K., a budget startup named flypop plans to serve the South Asian diaspora by flying Airbus A330s from London to India, starting with Amritsar and Ahmedabad.

Globally, ultra low-cost carriers command roughly 30% of total seats in mature aviation markets but only around 5% in the U.S., Mohan said. “ULCCs will capture their natural share, and whether that’s 30% or not it’s a lot closer to 30% than it is to 5%,” he said.

Domestic leisure travel also holds the appeal of durability, said Lukas Johnson, Breeze’s chief commercial officer, offering a common travel scenario as an example: “I got a kid and my parent wants to see the kid and that demand does not go away.”