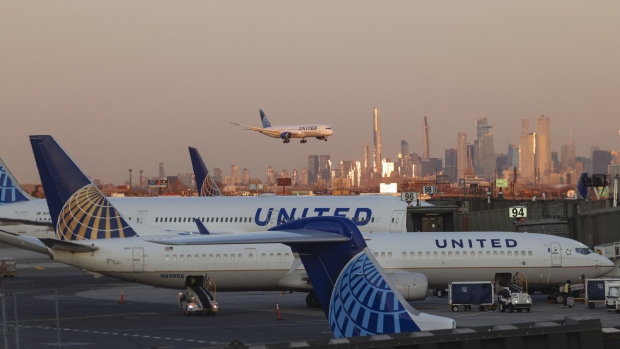 (Bloomberg) -- A coalition of airline and travel groups urged the U.S. and the U.K. governments to lift travel restrictions between the two nations, citing the growth in vaccinations and other tools that limit the spread of Covid-19.

Officials should announce reopening before the Group of Seven economic talks scheduled for June, the groups said Monday in joint letters to President Joe Biden and Prime Minister Boris Johnson.

“We are confident that the right tools now exist to enable a safe and meaningful restart to transatlantic travel,” said the letter from 49 industry groups and unions on both sides of the Atlantic. “Safely reopening borders between the U.S. and U.K. is essential for both countries’ economic recovery from Covid-19.”

Exports between the two countries and tourism represent have a significant impact on each nation’s economy, highlighting the importance of resuming more normal travel, the group said.

Industry officials in the U.K. have been saying that travel could begin to reopen as soon as this month, but the White House has been mum on when that might happen or what steps are needed to trigger such a move.