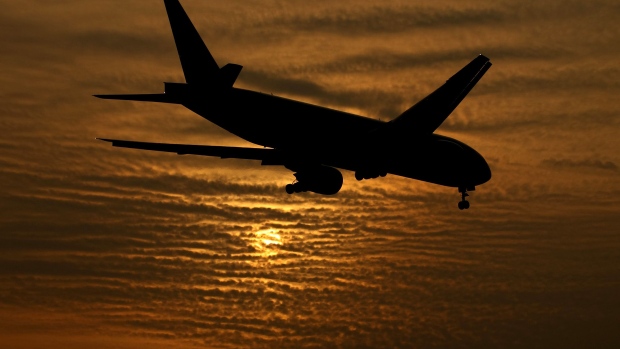 Airlines will burn through as much as $61 billion worldwide in the second quarter, industry group IATA predicted, warning that carriers could run out of cash as travel hits a low point in the coronavirus crisis.

Airline revenue is set to crater by 68% during the period, the International Air Transport Association, which represents some 290 carriers, said Tuesday. It urged governments to relax rules that could force the industry to fork out cash refunds for canceled trips totaling as much as $35 billion.

“Airlines cannot cut costs fast enough to stay ahead of the impact of this crisis,” Director General Alexandre de Juniac said in a statement. “Without relief, the industry’s cash position could deteriorate by $61 billion in the second quarter.”

In all, IATA expects the airline industry to post a net loss of as much as $39 billion in the second quarter. The projection is based on its forecast last week that airlines worldwide could lose $252 billion in revenue this year.

Airlines are scrambling to line up bailouts after grounding entire fleets in some cases to minimize costs and preserve cash while the coronavirus pandemic makes travel impossible. Most carriers will go bankrupt by the end of May if they can’t find support, the Sydney-based CAPA Centre for Aviation said this month.

Some have secured a lifeline. On Tuesday, the government of Dubai announced it would grant financial aid to state-owned long-haul specialist Emirates, including an injection of fresh capital.

In Europe, carriers from Air France-KLM to Deutsche Lufthansa AG have asked for aid, while the massive U.S. stimulus package also includes support for the ailing industry.

Access to cash refunds has been a flash point for customers who have complained loudly in the U.S. and Europe about receiving vouchers for future flights when travel has become impossible.

Under European Union rules, airlines are obliged to refund the price of tickets when flights are canceled. Airlines are lobbying to temporarily be able to offer vouchers instead.

“Travel and tourism is essentially shut down in an extraordinary and unprecedented situation,” de Juniac said. “Airlines need working capital to sustain their businesses through the extreme volatility.”