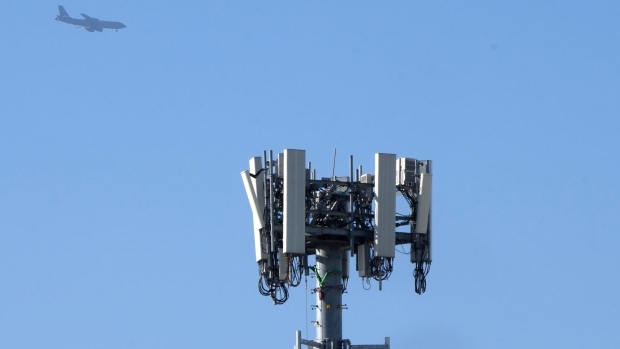 Airlines for America warned in a letter Monday that the traveling and shipping public could see “catastrophic disruptions” if the new C-band frequencies were put into service within two miles of where aircraft fly. The association said it was willing to work with the government and carriers to find a mutually agreeable solution.

Wireless carriers including AT&T Inc. and Verizon Communications Inc. reached an agreement with federal regulators earlier this month to launch the new service on Jan. 19. Airlines are worried the signals could interfere with instruments that measure an aircraft’s altitude.

The Federal Aviation Administration granted approvals Sunday that will allow some jetliners to operate within zones where new 5G wireless services are being used, significantly reducing the potential impact on flight schedules. The decision permits landings during low visibility at as many as 48 of the 88 U.S. airports with equipment for such arrivals, the FAA said.

Two Congressman -- Peter DeFazio, chair of the House Committee on Transportation and Infrastructure, and Rick Larsen, chair of the Subcommittee on Aviation -- also Monday urged regulators to delay the implementation.

“We must provide the FAA and aviation industry with more time to thoroughly assess the risks of deployment in order to avoid potentially disastrous disruptions to our national airspace system,” the two Democrats wrote in a letter.

Reuters reported earlier Monday on the letter from Airlines for America, which represents carriers including American Airlines Group Inc. and United Airlines Holdings Inc., as well as cargo operators such as FedEx Corp.