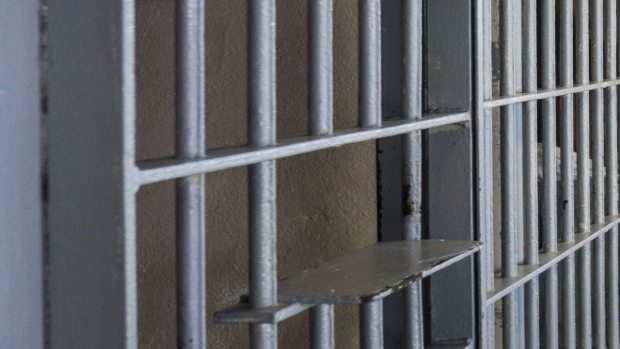 (Bloomberg) -- Alabama is struggling to line up buyers for a $725 million bond sale to fund its building two prisons.

Underwriters were short around $200 million of orders on the bond deal as of Tuesday, according to people familiar with the matter. Demand was weak for the 30-year maturity in particular, the people say.

Earlier on Tuesday, underwriters for the bonds raised the yields offered by about 5 basis points on some maturities compared with what was offered the previous day during the pre-marketing period, according to pricing wires viewed by Bloomberg.

Tepid demand for the bonds is the latest in a series of obstacles for this sale. Earlier on Tuesday, the issuer said it was facing litigation from incarcerated people who say the state should use funds to improve conditions in its existing penitentiaries before it pays interest on debt.

Lawyer Frank Ozment said in an interview that he filed a complaint in intervention so the court can clarify that the state should spend money to comply with a December 2021 court injunction before it makes bond payments.

“To say, we’re going to take this money to pay the bondholders before we use it to comply with the injunction is wrong,” Ozment said.

In a filing on Tuesday, the state said that it has already agreed to prioritize following court orders and consent decrees before paying bondholders, and therefore it doesn’t believe the complaint will have any impact on its bonds. It also said it’s appealing the Dec. 2021 ruling.

The sale had run into difficulty even before then. In April 2021, Barclays Plc pulled out of its role as lead underwriter for the offering, and KeyBanc Capital Markets, another manager, said it was also resigning from the sale.

Alabama has faced litigation over the safety of its prisons for years. People who were incarcerated filed a class action suit against the state in 2014, alleging, among other complaints, that the prisons were failing to provide adequate medical care to people in custody. In December 2021, a US judge found that there were “many deeply serious problems” with the state’s mental health care for prisoners and ordered sweeping fixes.

In 2020, the US Department of Justice sued the state and its corrections department for failing to protect male prisoners from violence, sexual assault, and other unsafe conditions.

Alabama had the second-highest prison mortality rate among US states in 2019, according to Bureau of Justice Statistics data. It also has one of the highest incarceration rates in the country, according to a 2021 report from the Prison Policy Initiative, a think tank. As of 2017, Black people accounted for about 54% of the state’s prison population but only 28% of state residents, according to the Vera Institute of Justice.

Selling tax-free bonds has generally grown more difficult this year, as the Federal Reserve has tried to tame inflation by lifting rates. Municipal bonds have lost 9.3% of value this year, according to Bloomberg index data, accounting for both prices changes and interest payments. Investors have yanked money from municipal bond funds for 18 of the last 19 weeks, including pulling $1.6 billion last week, according to Refinitiv Lipper US Fund Flows data.

Prison reform activists and money managers that focus on socially responsible investing are encouraging investors not to buy these bonds.

“We strongly urge banks and investors to refuse to purchase securities that will be offered on June 28th whose purpose is to perpetuate mass incarceration and continued control over Black and Brown bodies,” wrote the group led by Justice Capital’s Christina Hollenback and Eric Glass said in a Monday statement.

State Governor Kay Ivey said in 2020 that building new facilities will make the system better, saying in a statement, “we must rebuild Alabama’s correctional system from the ground up to improve safety for our state’s correctional staff and inmate population, and we must do it immediately.”