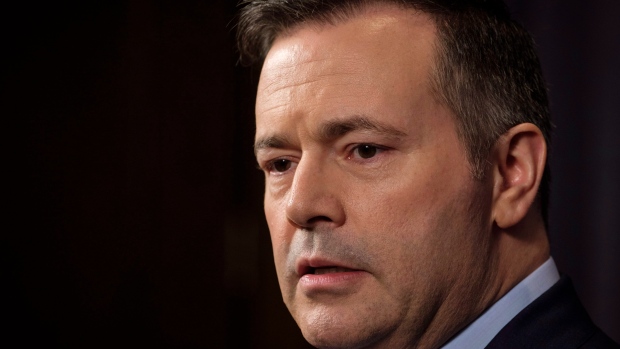 Jason Kenney speaks to the media at his first convention as leader of the United Conservative Party in Red Deer, Alta., Sunday, May 6, 2018. , THE CANADIAN PRESS/Jeff McIntosh

The United Conservatives have introduced a bill that says the government would put up $1 billion, along with technical and financial advice, to backstop the Crown.

Premier Jason Kenney says it would be a new way of doing business with First Nations.

He says it would focus on partnerships led by the arms-length Crown agency rather than “picking winners and losers.”

He says if the program were to flourish, he would look to expand it to other projects and provinces, and press federal politicians in Ottawa to adopt something similar.

It fulfils a promise Kenney made in the spring election campaign.