Coronavirus impact to spill over to commodity prices: Economist

“Our current cash flow forecasts suggest that less financing will be required than what was previously forecast, due in part to actions taken by the government to improve cash management,” Jerrica Goodwin, Edmonton-based spokeswoman at Alberta’s finance ministry, said in an email. “There are a number of measures related to cash management including a reduction in deficit,” she said, adding that further details will be disclosed when the next budget is released.

In October, Alberta released a budget plan that called for $12.2 billion to be raised in the long-term debt markets for the fiscal year ended March 31 — of which $5.5 billion was remaining as of today. Ontario, by comparison, completed its $31.6 billion borrowing plan last week, according to Laurentian Bank Securities Inc. data. Meanwhile, Quebec began pre-funding for the following fiscal year in late 2019. 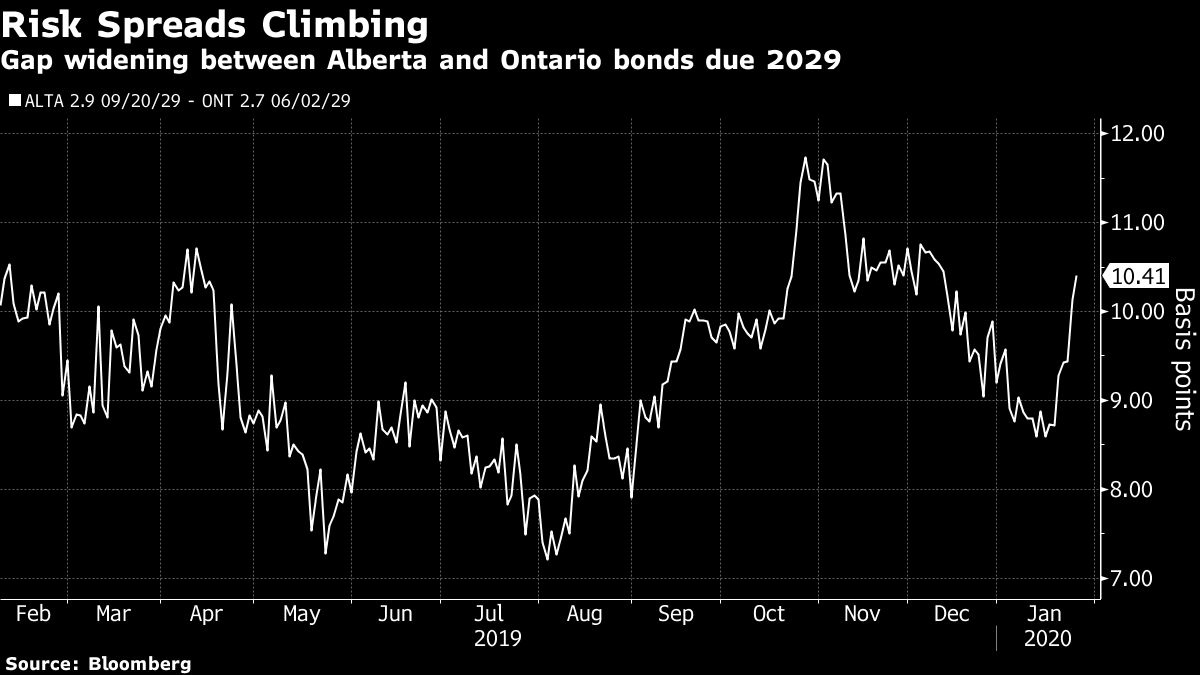 Investors demand 10.4 basis points more to hold Alberta’s bonds maturing in September 2029 over similar-duration securities from Ontario due in June of that year, according to Bloomberg Valuation bid prices — that’s the widest since mid-December. The gap was as tight as 6.9 basis points on Aug. 2 before pushing out to as many as 12.2 basis points after the federal election.

Alberta had already been playing catch-up to other Canadian provinces, selling $700 million of bonds earlier this month — its first domestic currency debt offering in almost four months. Since that Jan. 14 note sale, Alberta’s bond spreads over those of Ontario and Quebec widened.

“We will continue to monitor the domestic and global markets and will borrow when we feel it is in the province’s best interests, not to time the market,” said Goodwin.