Alberta finance officials are reaching out to institutional investors to counter a brewing backlash against the Canadian province’s oil-sands industry.

The offensive comes as Sweden’s central bank said this week it was dumping Alberta’s bonds as it moves to divest from issuers with high carbon-dioxide emissions.

“We are working to ensure that the facts are known and clear about the Canadian energy industry,” Finance Minister Travis Toews said in a telephone interview from Edmonton Thursday. Officials are making the case that environmental, social and governance factors should be “applied fairly and factually” to Alberta and Canadian energy assets, especially when compared to other energy sources such as Russia and the Middle East, Toews said.

Central banks, pension funds and other global investors are increasingly factoring climate change into their portfolio calculations. Alberta’s oil sands, the world’s third-largest crude reserves, have been criticized by some as among the most carbon-intensive. 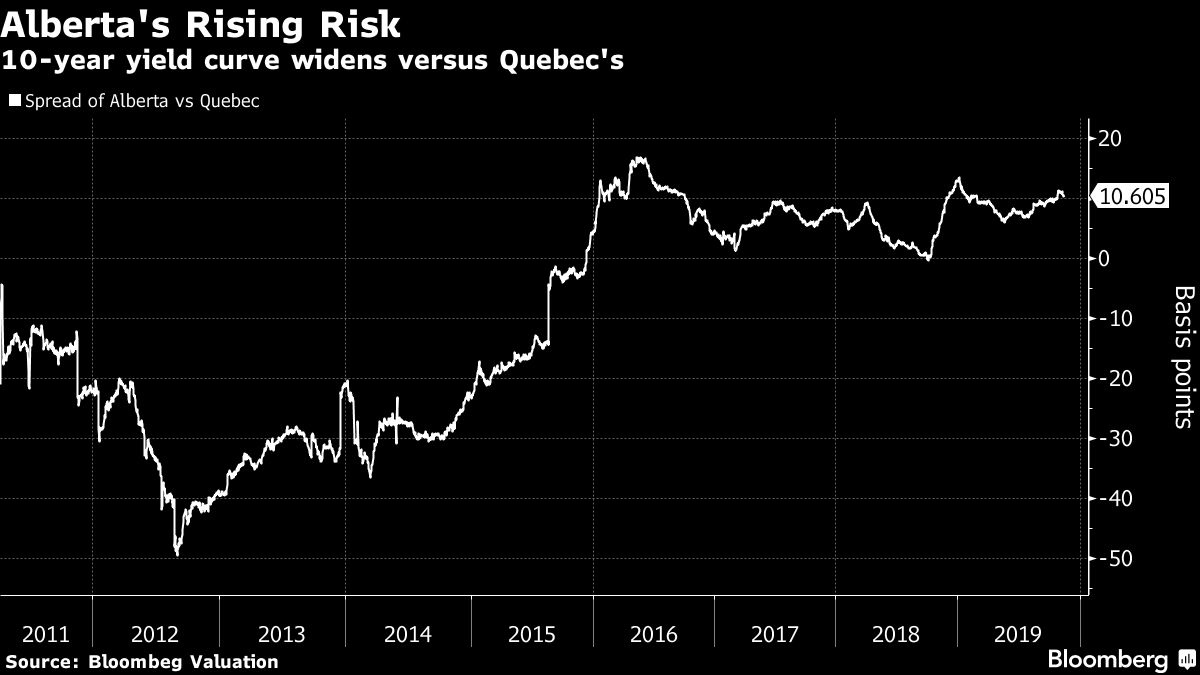 Sweden’s Riksbank said on Wednesday it sold debt issued by Alberta and Australian states as it gives more consideration to sustainability. The central bank has about eight per cent of its foreign exchange reserves in Australian and Canadian debt. Last month, KLP — Norway’s largest pension fund — announced it would divest its debt and equity holdings of four Canadian oil-sands companies including Suncor Energy Inc. over environmental concerns.

Alberta has seen foreign companies sell more than US$30 billion in assets in the past three years amid a crude-price slump, pipeline bottlenecks and growing distaste of its oil sands.

Toews said the province has not faced any challenges issuing bonds competitively. “However we recognize the narrative and — I would suggest the unfair narrative — that is out there around Canadian energy.”

Alberta Premier Jason Kenney, who was elected in April, is also on a mission to tout the benefits of Canadian oil, arguing it is a safe, secure and socially responsible source of energy from the only stable liberal democracy among the world’s largest oil producers.

“We have an effort on the ground, where we are reaching out to wealth-management firms to ensure Canada’s energy story is told,” Toews said.

--With assistance from Kevin Orland and Caleb Mutua.