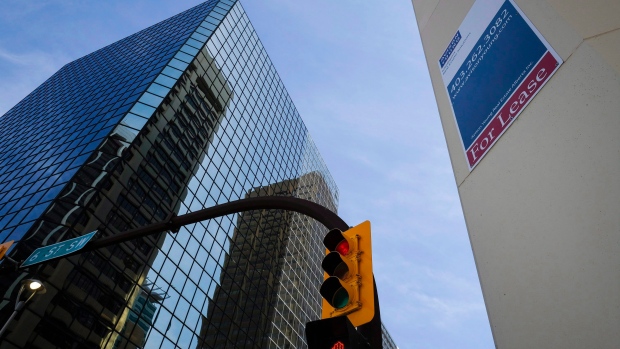 CALGARY - A major player in Calgary's depressed office real estate industry is putting dozens of Alberta office buildings under court protection from creditors while it tries to sell them.

Riaz Mamdani, CEO of Strategic Group, says the move is being made because of a prolonged downturn in the Alberta economy over the past five years that has resulted in office vacancy rates of around 25 per cent in Calgary, Canada's major oil and gas hub.

The company says it has lost 78 tenants - some of which are no longer in business - occupying almost 54,000 square metres under lease since mid-2014 and the situation is expected to worsen in 2020.

The Alberta Court of Queen's Bench has appointed Hardie & Kelly Inc. as monitor of proceedings under the Companies' Creditors Arrangement Act for 50 properties in Calgary and six in Edmonton.

Mamdani says the proceedings will not affect the rest of the private company's 171 office, retail and apartment properties from Vancouver Island to Atlantic Canada.

In its third-quarter office market report, realtor Avison Young said the overall Calgary vacancy rate was 22.3 per cent but the downtown rate was 24.6 per cent.