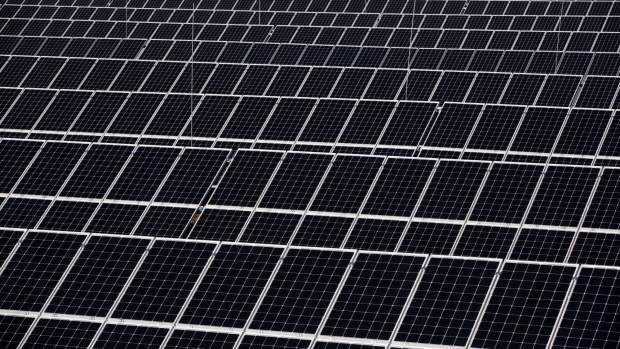 Photovoltaic cells sit on solar panels in the Novosergiyevskaya solar park, operated by T Plus, a unit of Renova Group, in Orenburg, Russia, on Wednesday, Nov. 14, 2018. The Orenburg region is one of the leading places in the development of Russian solar energy. , Bloomberg

​CALGARY -- A $200-million Danish-Canadian solar power project in Alberta is headed for construction following signing of a contract with TC Energy Corp. to buy just over half of its electricity output.

It says delivery of energy will begin with commercial operation of the project, which is targeted for the end of September in 2020.

Obton A/S of Denmark, which bought a 49 per cent interest in Perimeter in June 2017, is to provide funding for construction which is to begin before year-end on land owned by the Granum Hutterite colony near the town of Claresholm.

The partners credited Alberta's unregulated electricity market for their decision to proceed, noting in a news release the project will produce power during the day when demand and power pool prices tend to be the highest.

TC says the project will add to the 450 MW of electricity it currently operates and markets in Alberta.

In August, privately held Greengate Power Corp. of Calgary said it had decided to proceed with its $500-million, 400-MW Travers Solar project with full commercial operations targeted for 2021.

The Travers facility is to be located in Vulcan County, about 120 kilometres southeast of Calgary.