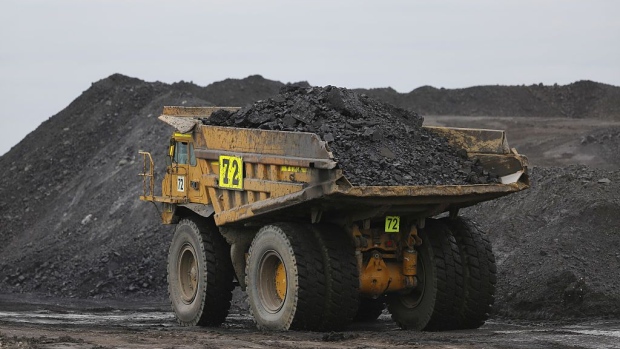 A truck carries a load of coal , Photographer: Bloomberg/Bloomberg

EDMONTON -- The Alberta government is changing coal policies to make it easier to develop open-pit mines in one of the province's most sensitive areas.

Alberta says it will abolish land use zones in its southwestern foothills that attempted to balance mining with habitat and water quality.

The zone protecting the most delicate landscapes will remain.

But all other coal mine proposals will go directly to the Alberta Energy Regulator without prior restrictions.

But Nissa Petterson of the Alberta Wilderness Association says the change will result in piecemeal decision-making in an already threatened part of the province.

Kevin van Tighem, a spokesman for area landowners, points out the area already exceeds what are supposed to be development limits.

He says the foothills are home to threatened species and are crucial to water supplies for the southern Prairies all the way into Saskatchewan.