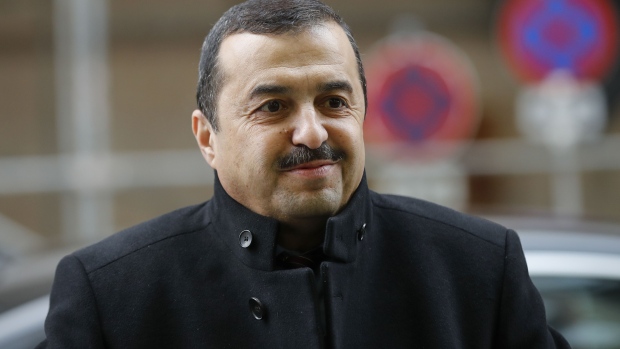 Mohamed Arkab, Algeria's energy minister, arrives ahead of the 177th Organization Of Petroleum Exporting Countries (OPEC) meeting in Vienna, Austria, on Thursday, Dec. 5, 2019. Saudi Arabia, the dominant force in OPEC, is using both carrot and stick to talk other members of the oil cartel into defending prices at Thursday’s ministerial meeting. , Bloomberg

(Bloomberg) -- Algeria replaced its energy minister as part of a cabinet reshuffle that President Abdelmajid Tebboune pledged to restore calm as discontent over the OPEC member’s economic plight grows.

Mohamed Arkab will replace Abdelmajid Attar, who became energy minister in mid-2020. Tebboune also named Mohamed Bacha as industry minister, according to a statement from the presidency.

The change comes days after Tebboune decided to dissolve parliament and free dozens of members of the so-called Hirak protest movement. The efforts are aimed at defusing calls for mass demonstrations on the second anniversary of a revolt that forced his predecessor, longtime President Abdelaziz Bouteflika, to resign.

Attar held the presidency of OPEC last year and worked closely with Saudi Arabia to persuade other members of the group and allies such as Russia to curb oil production in the face of the coronavirus pandemic, which hammered demand for energy.

Algeria’s energy industry is also suffering from a lack of investment, with oil and gas export volumes plunging around 30% in 2020.