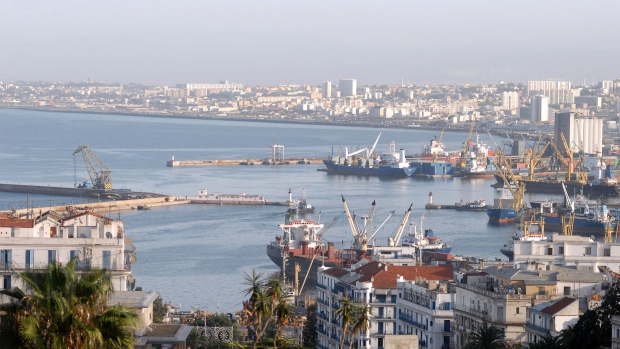 In Algeria, imports are made in euros, exports in dollars because of petrol and gas, which account for about 98 percent of export revenue. , Salah Slimani

(Bloomberg) -- Algeria said it reached a deal with three “partners” to increase prices of its natural gas exports, as Europe races to boost supplies from the North African country.

“We are confident that we will soon reach agreements to review the prices with other partners,” Toufik Hakkar, the chief executive officer of state energy firm Sonatrach, told reporters on Sunday, without naming the three counter-parties with which a deal’s already been struck. “Negotiations are hard and very tiring and require more time.”

Algeria is Europe’s biggest gas supplier after Russia and Norway, sending the fuel via pipelines to Spain and Italy, and also shipping it in liquefied form. The European Union is trying reduce imports from Russia following Moscow’s invasion of Ukraine, and officials have traveled to Algeria to try and secure commitments for higher production.

Sonatrach is looking to benefit more from a surge in gas prices in the past year. It is mulling several options with buyers, including linking its contracts more to spot gas prices, Reuters reported last week. Gas contracts are often tied to crude oil prices.

The Algerian company does business with European utilities such as Cepsa and Endesa in Spain, Italy’s Eni, Engie in France and Galp in Portugal.

Hakkar, the CEO, also said Sonatrach’s output was 79 million tons of oil equivalent in the first five months of 2022, up 2% year-on-year. Spending on exploration jumped 70% to $21.5 billion.