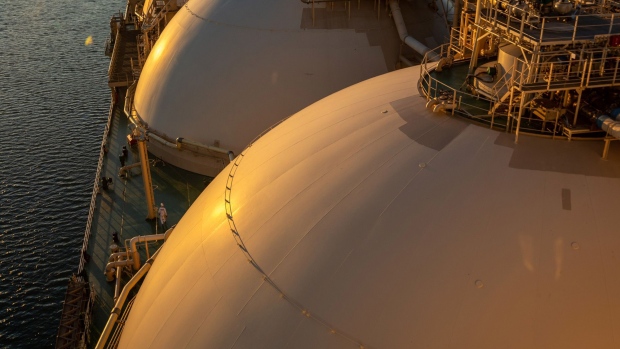 (Bloomberg) -- Algeria will benefit from higher natural gas prices as it locks in deals with two European Union nations anxious to secure enough natural gas supplies for the coming winter.

State-controlled Algerian energy producer Sonatrach Group concluded a deal with Italy’s Enel SpA on Wednesday and said it will soon announce one with Naturgy Energy Group SA, ending a months-long stalemate with the Spanish utility over contractual price revisions.

An agreement with Naturgy will be ready “in the next few days,” Sonatrach President Toufik Hakkar said at an event Wednesday, according to Algerian state news agency APS. At the same event, Hakkar announced the deal with Enel and said it has agreed price revisions with six out of eleven partners, without naming all of them.

Enel agreed to pay more for gas, following a surge in global prices this year. The deal with Naturgy stands out though because it was by far the biggest revision, as Naturgy operates a subsea pipeline connecting Algeria and Spain, which is a significant source of energy for the European nation.

The deal is also different from others as the price paid by Naturgy is set by contract rather than by spot prices, and is revised every three years. The price is also confidential.

Talks dragged on because Naturgy originally wanted a cut in prices, but once the war in Ukraine upended the fossil fuel market, Sonatrach pushed for an increase. That impasse was compounded by an unexpected diplomatic spat between Madrid and Algiers, which included Algeria recalling its ambassador to Spain.

Naturgy paid about €38 per megawatt hour for Algerian piped gas between January and April, and the price is likely to increase by about €10 per megawatt hour under the new contract, according to estimates by RBC analysts including John Musk and Fernando García.

Algeria was Europe’s third largest gas supplier in 2021 after Russia and Norway. It exports gas to the continent via pipelines to Spain and Italy, and also by ship. The north African nation is set increase flows to Italy this year by 20% to around 25 billion cubic meters, Hakkar said Wednesday.

Italy has been courting Algeria to boost supplies as it seeks to replace Russian gas. In April, Rome sealed a deal to boost imports through the Trans-Med pipeline and subsequently Italian Prime Minister Mario Draghi took part in a state visit to Algeria in July to secure more fuel. The two deals with Algeria, plus another with Egypt, have allowed Italy to cut its reliance on Russian gas to 10% of its demand, down from about 40%.

Algeria was Spain’s biggest gas supplier last year, accounting for 43% of the total. The US became Spains’ largest supplier this year though, in part because of Algeria’s decision to shut down one of two gas pipelines connecting the two nations via Morocco late last year, amid a spat between Algeria and Morocco.