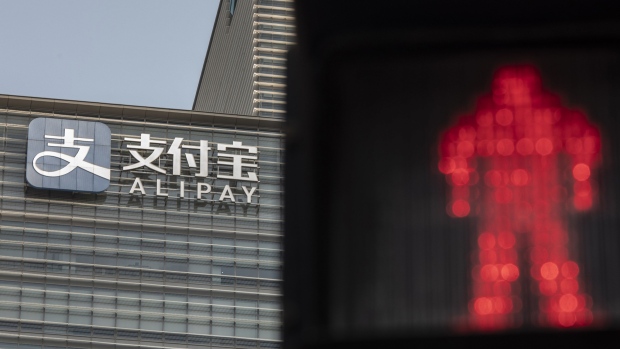 Alipay.com Co. failed to meet the spending requirement for research and development, according to a government notice on Sept. 8. The removal could revoke certain tax benefits.

The Shanghai-based payments unit only accounts for a fraction of the R&D expenditure at parent company Ant Group Co., which allocated more than 18.8 billion yuan ($2.6 billion) last year for research, according to a statement from the firm.

It’s the latest setback after Ant’s record initial public offering was torpedoed by the government on the eve of its planned 2020 debut. The firm has been restructuring itself to meet the demands of Beijing, including ramping up its capital base and preparing to apply for a financial holding company license.

“The main impact for the company will be losing some tax benefits,” said Francis Chan, a Bloomberg Intelligence analyst. “China is placing more emphasis on chip self-sufficiency when it comes to high-tech development.”

Read more about the unraveling of Ant’s IPO

Ant’s valuation has been trimmed by several backers including Fidelity Investments, BlackRock Inc. and T. Rowe Price Group Inc. Fidelity cut its estimate for Ant to $70 billion at the end of May.

Ant’s R&D spend has been growing at an annual rate of more than 39% since 2018 and the company has committed to investing in technologies including blockchain, privacy computing, databases and security, it said.

(Updates with comment from Bloomberg Intelligence analyst in fifth paragraph)