Alphabet Inc. was upgraded to buy from hold at Pivotal Research Group, which wrote that after a “critical foundation year” in 2019, “the narrative continues to improve in 2020 and beyond.”

Analyst Michael Levine wrote that he was “encouraged by the durability of revenue growth” at the Google parent company, and that the stock should “outperform the other large cap Internet names in 2020 as estimates move higher.” The price target was raised to US$1,650 from US$1,445.

Shares of Alphabet rose as much as 1.3 per cent on Monday, hitting record intraday levels. The stock has climbed more than 30 per cent from a June low.

Levine sees potential from Sundar Pichai, who was recently named as Alphabet’s new chief executive officer. “This change in the guard offers the most optionality for multiple expansion for the stock we have seen in years,” he wrote. He cited the potential for expanded disclosures as well as capital allocation strategies, which could potentially include the institution of a dividend. 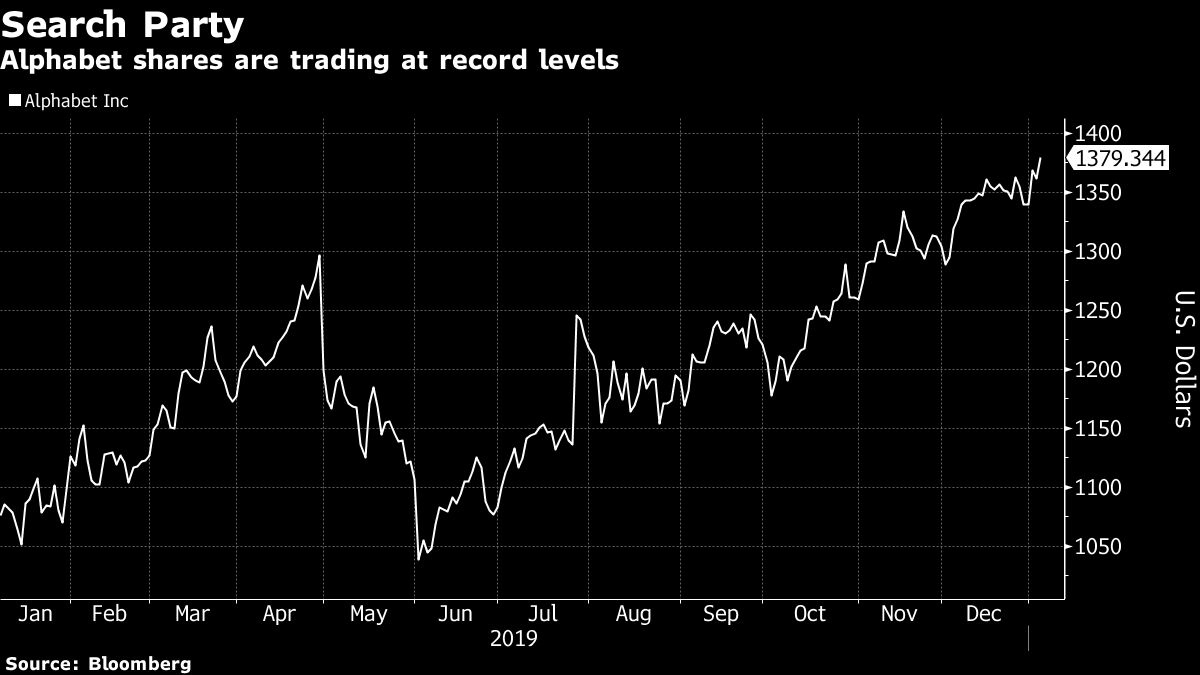