Alphabet has 'a lot of levers they can pull': Analyst

Alphabet Inc. fell in pre-market trading after the company reported fourth-quarter revenue that beat expectations, but heavy spending to expand its cloud and YouTube businesses resulted in thinner profit margins.

While most analysts remained positive on the strength of revenue growth, a few trimmed their price targets, with RBC writing that the operating margins were “the lowest we’ve seen in many years.” Alphabet shares slipped 2.4 per cent at 7:40 a.m. ET in early trading.

Revenue growth was “very consistent & robust” with an “unprecedented 36 straight qtrs of 23% Y/Y growth." However, the GAAP operating margin “was the lowest we’ve seen in many years.”

Price target lowered to US$1,300 from US$1,400, reiterates outperform rating

“The revenue outperformance was importantly driven by better Google revenue, with Other Bets below our estimates (to be expected with no disclosure).”

“For the full year, Capex almost doubled, but the 2019 outlook calls for Capex growth to slow ‘meaningfully.’”

Affirms overweight rating and its Street-high price target of US$1,500

The fourth quarter “highlights the strength of GOOGL’s core and portfolio of assets, difficulties in modeling qtrly ins and outs, and need for better transparency.”

Alphabet’s “core/Other Bets are strong and appreciating in value. But it may take revisions or disclosure for the market to appreciate that.”

“Investors will likely focus on accelerating R&D spend and US$7 billion of quarterly capex as a potential indication of ongoing investments (and margin pressure) in CY19, as also suggested by Chief Financial Officer Ruth Porat’s comments.”

Other revenue of US$6.48 billion slightly above the average estimate reflects “continuing momentum for Google Cloud platform, inclusion of Nest, along with Google Play and Pixel hardware.”

Baird has an outperform rating and US$1,380 price target.

“Slowing opex growth in 2019 could serve as a catalyst for shares.” 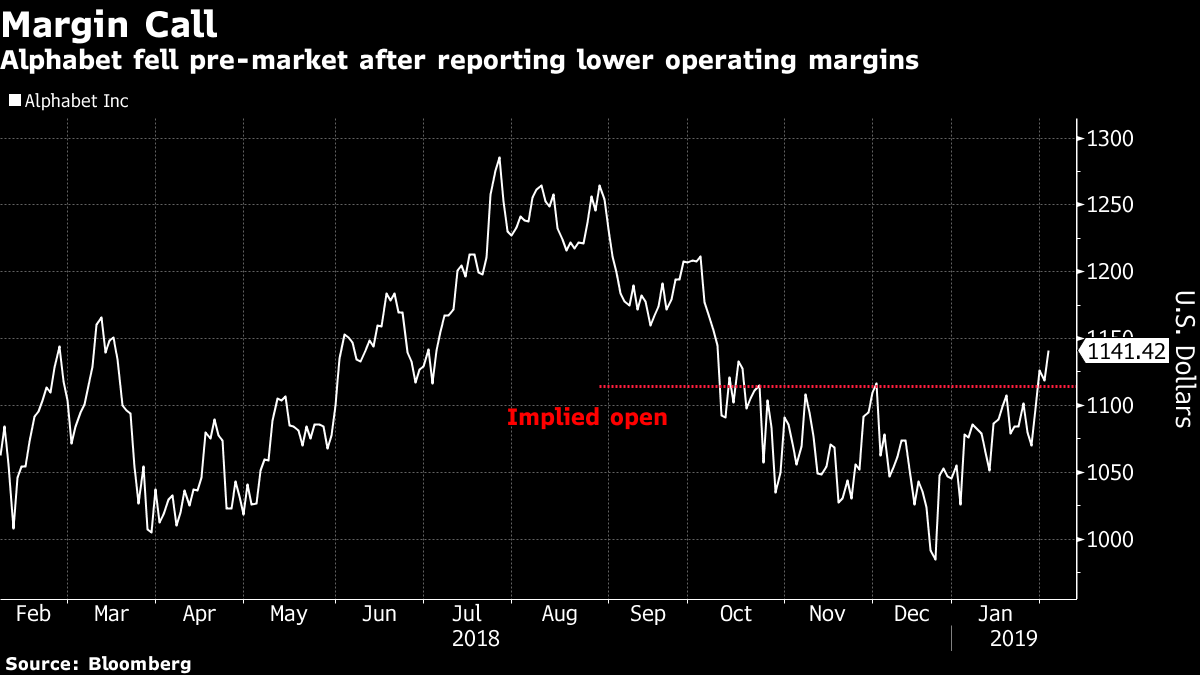