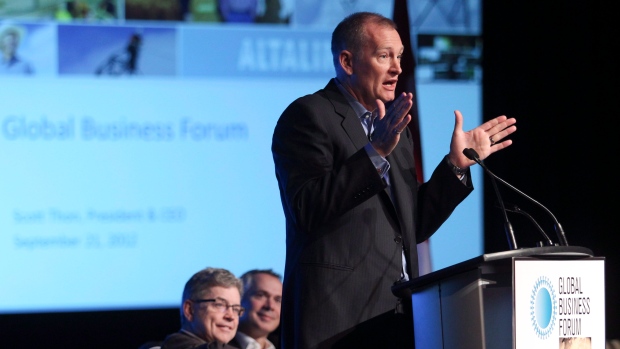 CALGARY -- AltaLink wants to refund an additional $350 million to Alberta's electricity customers over the next three years because of low energy prices.

The move, combined with its previous rate initiatives, would reduce each Albertan's electricity bill by an average of 11 per cent per year between 2021 and 2023.

Alberta's largest electricity transmission provider committed in 2018 to freeze rates for five years and delivered more than $1 billion in savings to its customers.

President Gary Hart says that with this extra $350 million refund, it is moving beyond just freezing rates to help provide financial relief to customers during the COVID-19 pandemic.

The company says it has submitted its proposal to the Alberta Utilities Commission.

The Alberta Chambers of Commerce says electricity costs have been among the top concerns for the business community.

The Calgary-based company is a subsidiary of Berkshire Hathaway Energy, part of Warren Buffett's business empire.