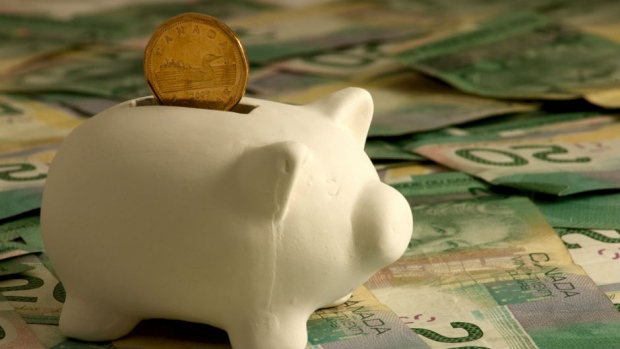 There was a lot of feedback generated from last week’s column listing the three worst pieces of advice from the finance industry.

There is general agreement that the first two kernels of marketing wisdom often don’t ring true: it’s always the right time to invest and fees don’t impact long-term returns. But the third came as a shock to some.

It’s a message industry-sponsored advocates have been parroting for decades: always have three-to-six months of household expenses in cash for emergencies.

Some follow the emergency cash rule on the advice of their parents and encourage their own children to do the same. But some number-crunching reveals how that money can be put to better use, and presents smarter alternatives to raise cash when emergencies actually happen.

Household expenses vary across the country, but according to the latest data from Statistics Canada, the average Canadian household spent nearly $64,000 on essential items like housing, groceries, vehicles, utilities, insurance and other day-to-day costs in 2017.

That puts average household expenses for six months at roughly $32,000. First, the notion that the average Canadian household has the ability to keep $32,000 on hand at any given time is ridiculous. On the surface, it shows the industry is out of touch with average Canadians. But idea of keeping that much cash in an account, earning no interest, seems dubious at best. The finance industry makes huge profits by using cheap money to lend out or invest for higher returns.

With Canadian household debt nearing $1.80 for every dollar earned, those households are likely borrowing from the same bank at a rate of nine per cent for a consumer loan, or 18 per cent on the balance of a bank-sponsored credit card. As households keep dead money in their accounts for an eventual emergency, compounding debt levels have become an ongoing emergency for many.

Keeping cash in an emergency fund also diverts money from retirement savings. Depending on your income tax rate, $32,000 invested in a registered retirement savings plan (RRSP) could generate a tax refund of about $8,000. Investing the total $40,000 with a modest five per cent annual return would become $65,000 in 10 years.

If an emergency does occur, withdrawing cash from an RRSP can be expensive. Canadians who feel more comfortable with their cash close at hand can invest their emergency fund in a tax-free savings account (TFSA). Conservative investments can generate a small tax-free return and the cash is normally only three days away if they need to sell them in the event of an emergency.

But the best alternative to an emergency fund is a secured line of credit such, as a home equity loan if you own a home. You only need to draw the funds when an emergency occurs and the interest is low. Even a higher interest line of credit or short-term loan is less expensive than keeping years and years of dead money.

The problem with the concept of borrowing for emergencies is the current mindset that non-mortgage debt is a natural state of being. There was a time – not long ago – when people saved their money before they spent it. In many cases, borrowing for an emergency now would only put households into a deeper debt cycle. That’s why it’s important to eliminate or control debt before an emergency occurs. That means maintaining a decent credit rating and establishing a line of credit with your bank before you need the cash.

If an emergency does occur and you need to borrow, it also means paying it down promptly before the next emergency occurs.